We have a wide range of speakers for this year's conference drawn from within the profession as well as other healthcare professions. Speakers are listed in alphabetical order by surname. 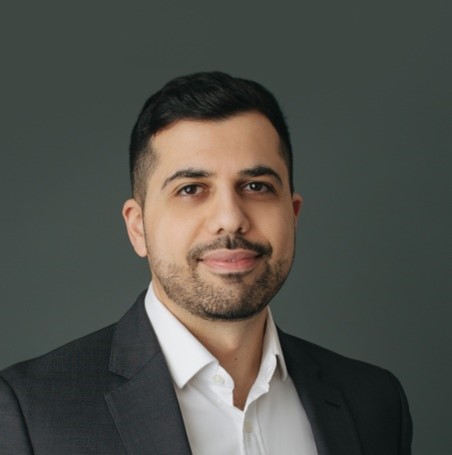 Mr Aweid is an Orthopaedic Consultant at Betsi Cadwaladr University Health Board where he is the clinical audit lead for orthopaedics. He graduated from St George’s University of London and completed his orthopaedic training at the Cambridge Deanery.

He has completed two internationally renowned Sports knee fellowships including a year at the Kennedy Fowler Sport Medicine Clinic in Canada.

He has completed two research degrees both an MSc and a BSc with the former focusing on Exercise Induced Leg Pain. 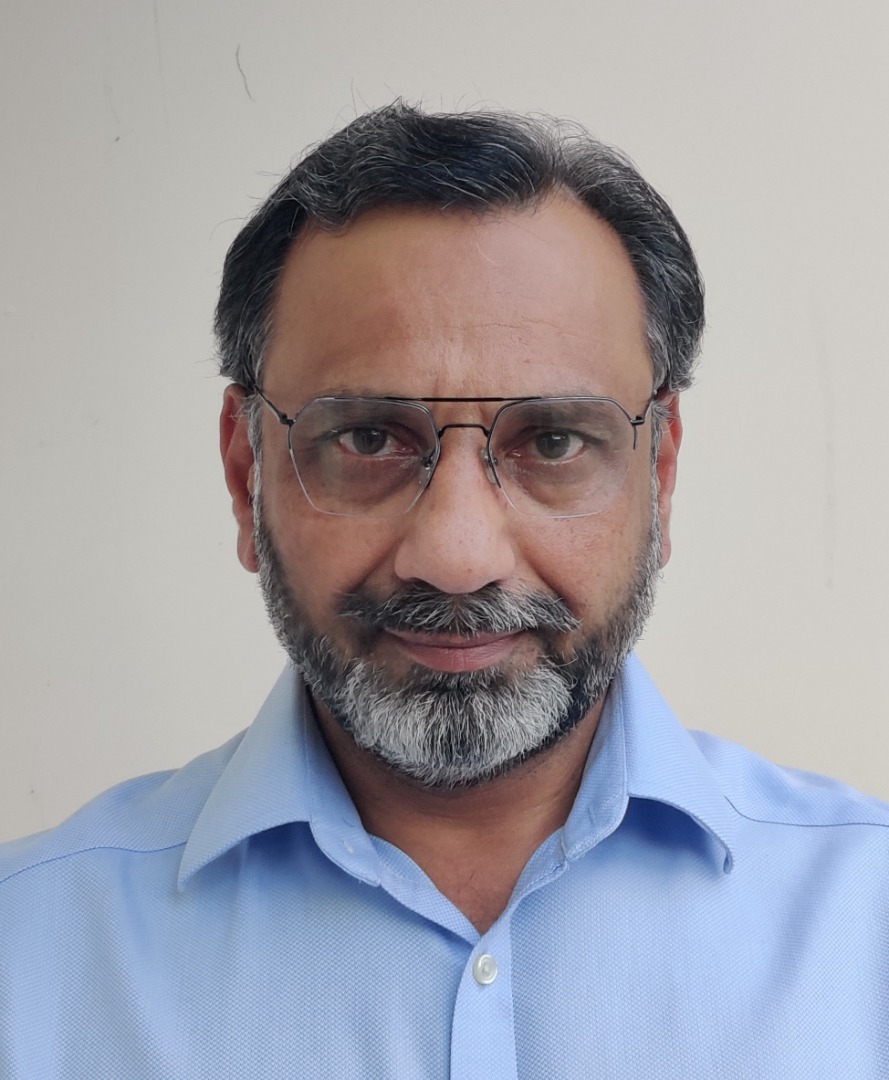 Dr Aniq is working as a Consultant Radiologist at the Liverpool University Hospitals Trust and Honorary Lecturer at the University of Liverpool. He is a faculty member of many local and national radiology courses and invited speaker at many national and international conferences.

Leah spent 18 years working in the NHS in both MSK and management roles prior to moving into academia in 2020. She is enjoying her new role as Senior Lecturer.

Leah is extremely passionate about her role in shaping the next generation of Podiatrists in line with the changing face of healthcare; this includes, developing leadership skills and effective team working by challenging the enquiring mind to go farther in pursuit of more robust solutions.

It is her belief that this cannot be achieved without diversifying the teaching curriculum to reflect the student and patient demographic. 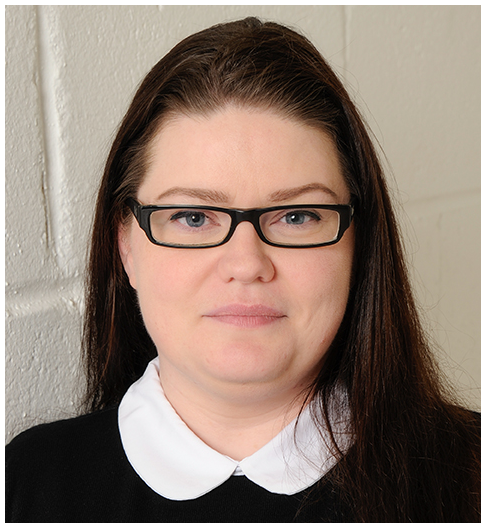 Nadia graduated in 2007 with a BSc in Biology from the University of Toronto, Canada. She gained Advanced Specialty Certificates in Forensic Investigation and in Crime Scene Analysis from the British Columbia Institute of Technology in 2010.

In 2018, Nadia was awarded an MSc in Forensic Science from the University of Strathclyde, her research project titled ‘The identification of individuals by observational gait analysis using closed circuit television footage: comparing expert and non-expert ability and confidence levels’.

Nadia is an Associate Member of the Chartered Society of Forensic Science and holds the Society’s certificates of professional competence in both Forensic Gait Analysis and Barefoot/Foot in Shoe Analysis. 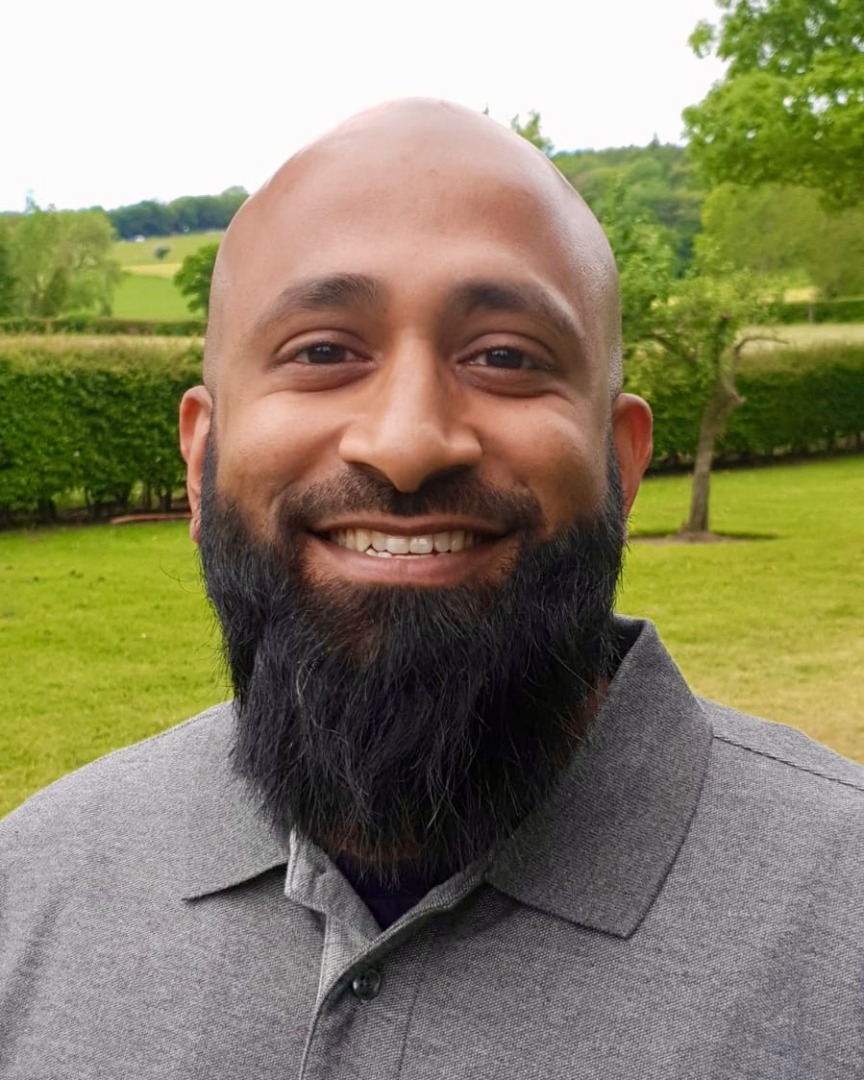 Suhail is an advanced podiatrist specialising in wound care in North Manchester; he currently works in a community high risk foot team which forms part of a lower limb specialist service. He is a member of the newly formed Royal College of Podiatry Vascular Specialist Advisory Group.

Leading up to his current role, he has been a research podiatrist and more recently a vascular specialist podiatrist where he was involved in the early detection and management of peripheral arterial disease.

In addition to this he has trained podiatrists locally and nationally in undertaking lower limb vascular assessments and in early disease diagnosis. 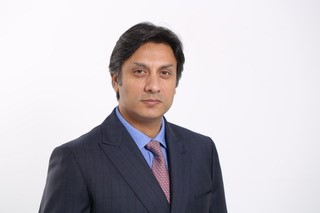 He is also the Imaging Consultant for Isokinetic Clinics, which is the only sports and rehabilitation centre recognised by FIFA in London.

His interests include Musculoskeletal MR, CT and various ultrasound and CT guided injection techniques including high volume stripping and platelet rich plasma injections for various tendinopathies. He has also done a lot of work on frozen shoulder for patients including hydro-distention procedures. Dr Babar is able to perform all sorts of image guided steroid and Durolane injections. 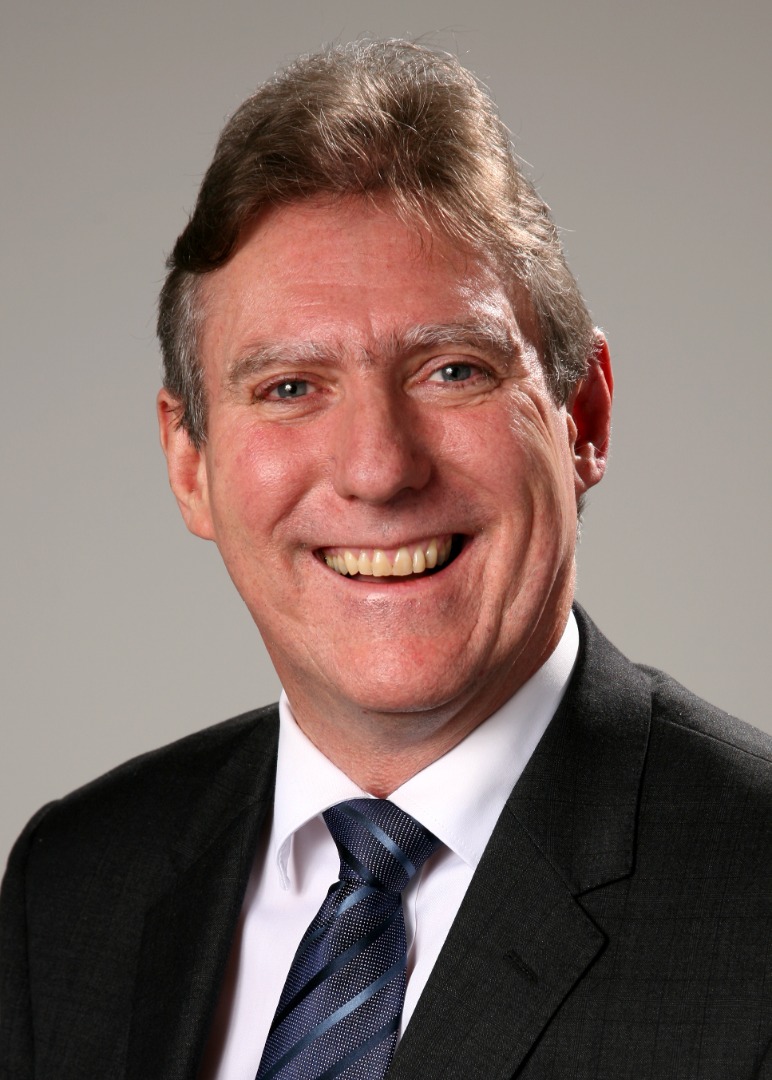 Prior to his retirement, Professor Baird was Professor of Podiatric Medicine at Glasgow Caledonian University and had a special interest in diabetes and its effects on the lower limb and foot. As well as being an academic, he remained clinically active within the multidisciplinary team at the Diabetic Foot Clinic, Centre for Diabetes and Metabolism, Queen Elizabeth University Hospital, Glasgow.

Professor Baird has been in an academic role for over 40 years and has worked in several academic institutions in the UK and abroad before returning to Glasgow Caledonian University in 1995. He has delivered lectures and programmes on the management of the diabetic foot disease in India, the Middle East, Africa, and the Far East. He is respected nationally and internationally in the field of diabetes and diabetic foot disease and is held in high esteem by his profession and his peers for his commitment to podiatric medicine in the UK and internationally. 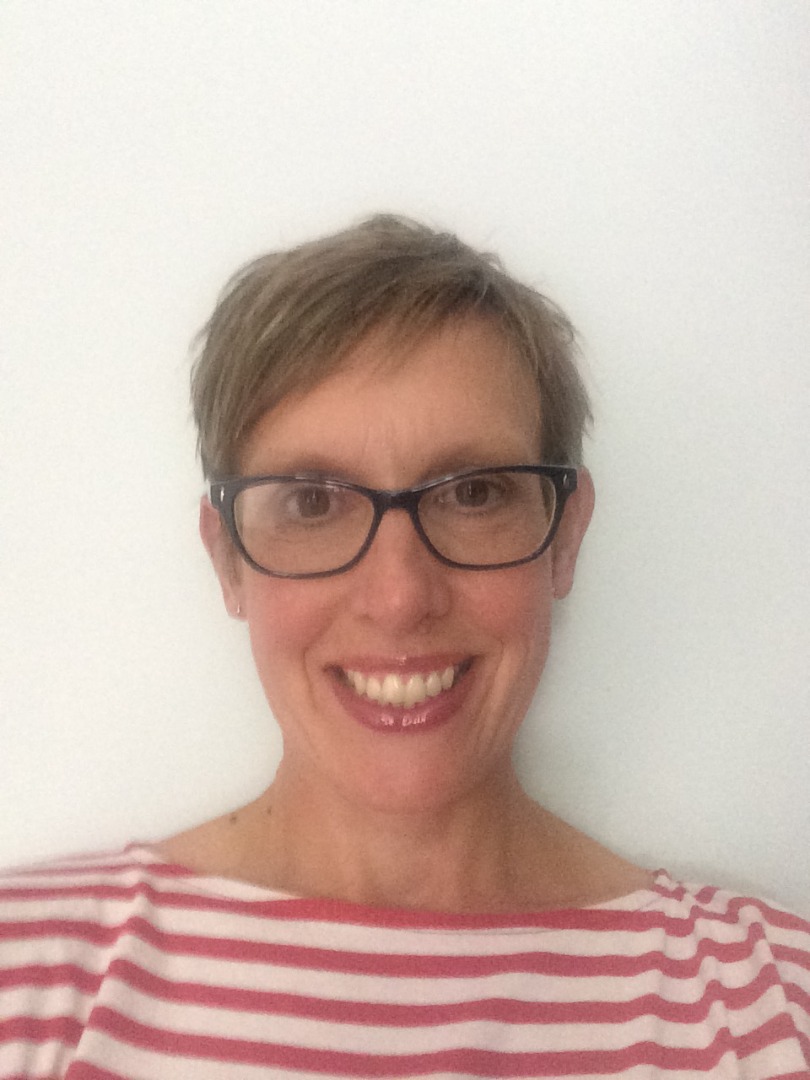 Dr Jodi Binning is a Podiatry Service Manager in NHS Ayrshire and Arran who has a clinical and research interest in behaviour change techniques and what is meant by non-adherence.

Jodi completed her PhD this year with Glasgow Caledonian University on the use of motivational interviewing to improve adherence behaviours for the prevention of diabetic foot ulceration.

Previously a Podiatry lecturer on the south coast, Jodi completed her MSc in Podiatry and Education and in her role has a continued interest in prevention, patient centred care, clinical supervision, and research in practice. 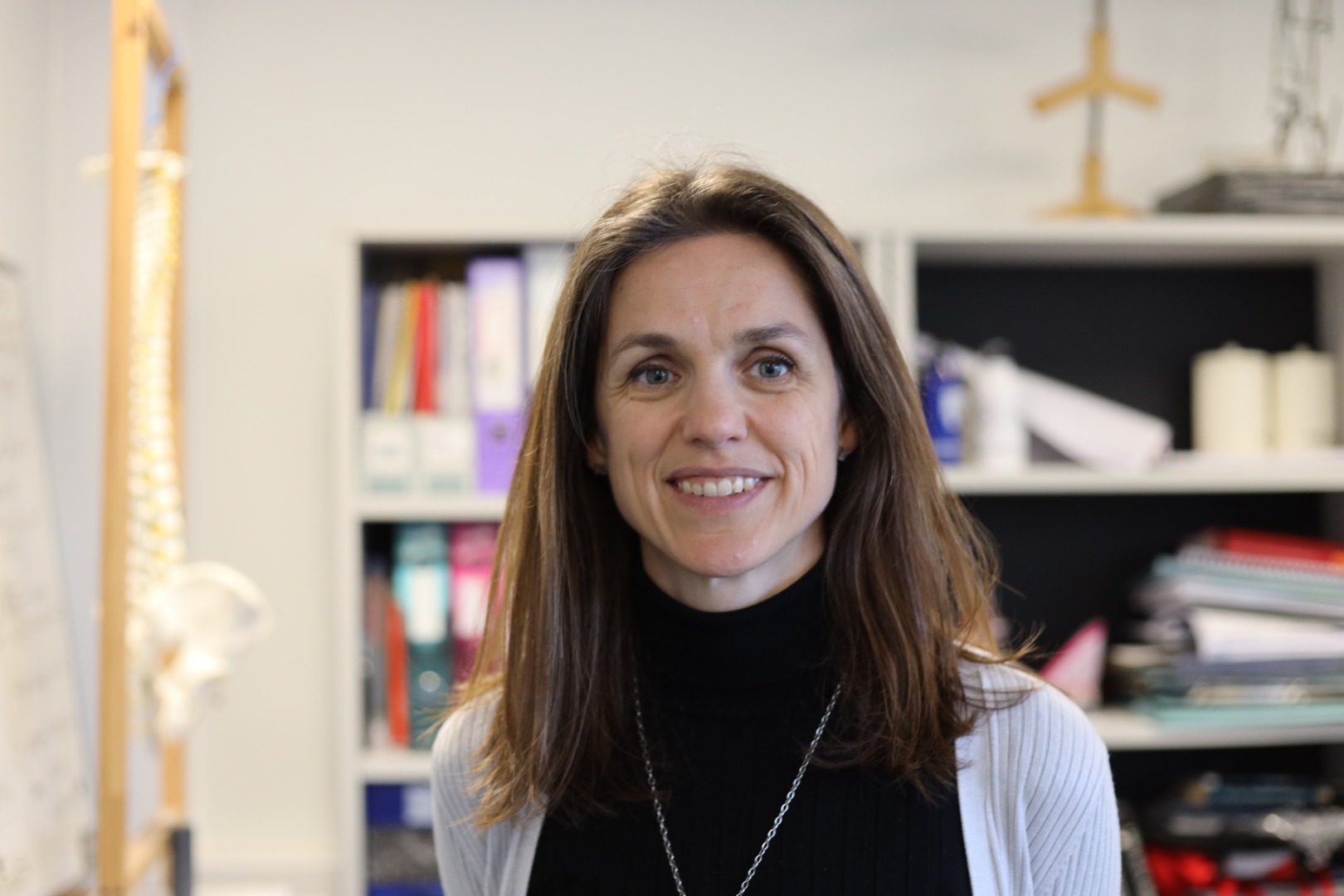 Helen Branthwaite qualified as a Podiatrist in 1996 from Salford University and went on to an MSc in Sports injury, MMU 2001, and PhD Staffordshire University, 2015.

She has worked within the NHS, both community and acute care as an Advanced MSK practitioner and currently continues her practice within the private sector.

She has led the MSc Clinical Biomechanics, Staffordshire University for 15 years supporting many research projects and subsequent published papers.

She currently leads the MSK project for the Royal College of Podiatry, developing CPD as well as elevating the status of MSK within the profession and externally. 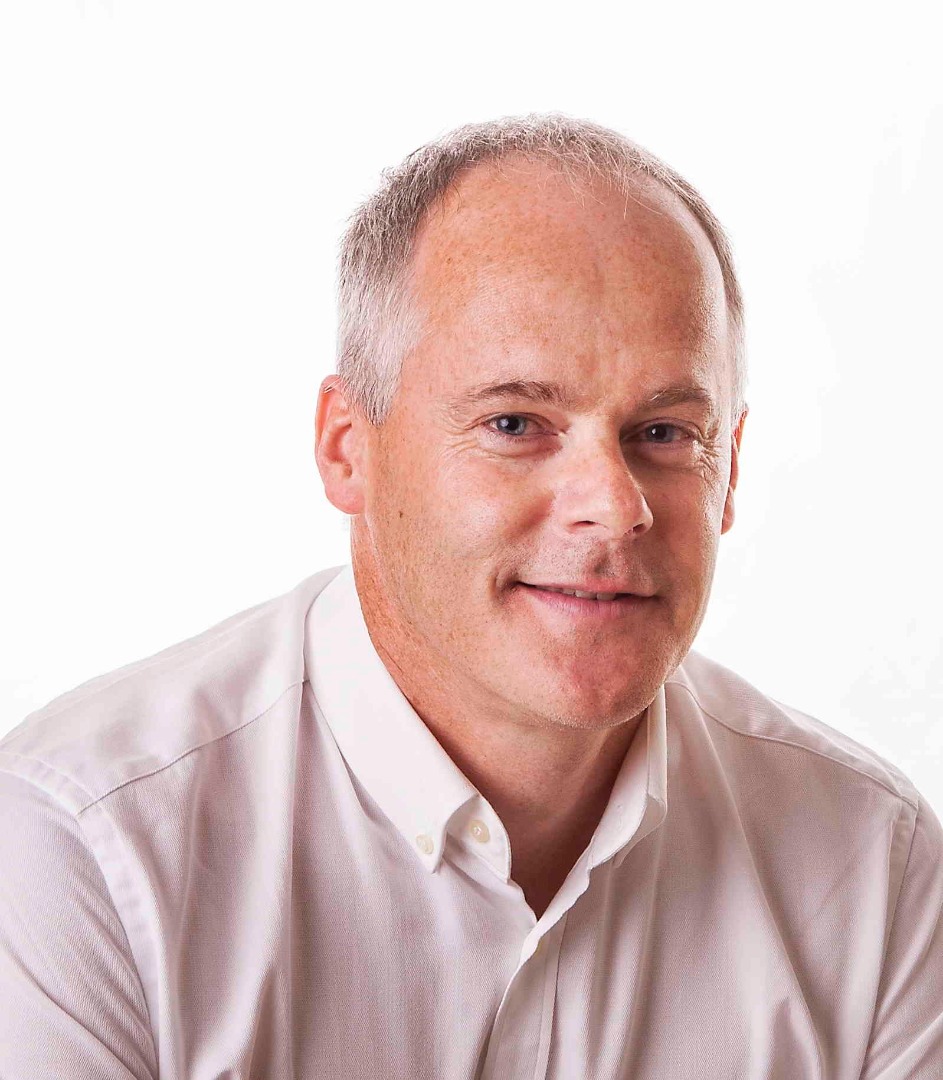 Ivan Bristow has been a podiatrist for over 30 years.  Since the commencement of his career, he has held a strong interest in lower limb and foot dermatology. He has promoted foot dermatology worldwide. He has co-authored books, published over 100 papers, and runs a successful podiatric dermatology blog.

His current work includes researching new technologies for the diagnosis and treatment of foot infections.

He holds visiting appointments at Universities in the UK and Australia and continues to lecture around the world as well as regularly working in clinical practice. 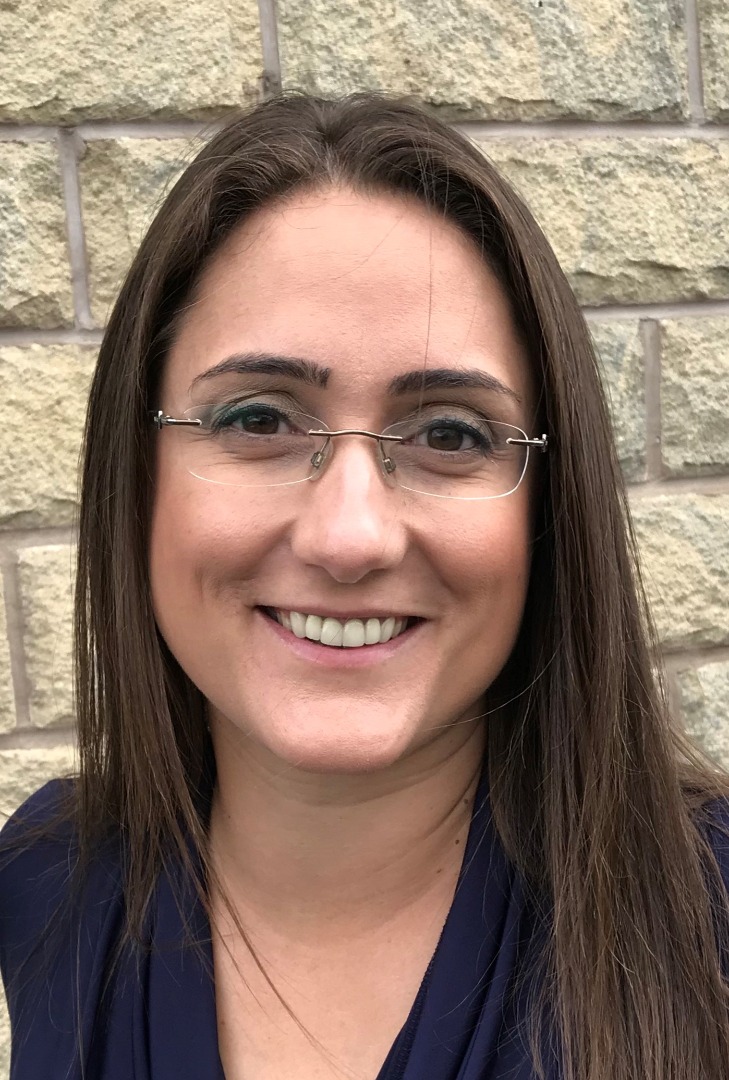 Nina works for Leeds Community Healthcare Trust as a Clinical System Pathway Development Lead; she facilitates the integration of services so care wraps around the person living with a long-term condition(s).

Currently working with Diabetes Leeds, her role spans from prevention and detection of diabetes to rehabilitation and palliative care following diabetes complications, including frailty and falls.

Nina qualified as a podiatrist in 1999 and has an MSc in Clinical Podiatric Biomechanics. She is a visiting lecturer at Staffordshire University delivering MSc modules on paediatric lower limb development and pathologies.

Dr Claire Brockett is an Associate Professor of Biomechanical Engineering. Her work is mainly involved in developing experimental and computational models to explore injury and degeneration mechanisms in the ankle, and experimental, biomechanical and biotribological simulation to evaluate clinical interventions such as total ankle replacement and soft tissue repair.

She collaborates with the Clinical Biomechanics group through the Leeds NIHR Biomedical Research Centre and is developing musculoskeletal models for analysis of the foot and ankle. 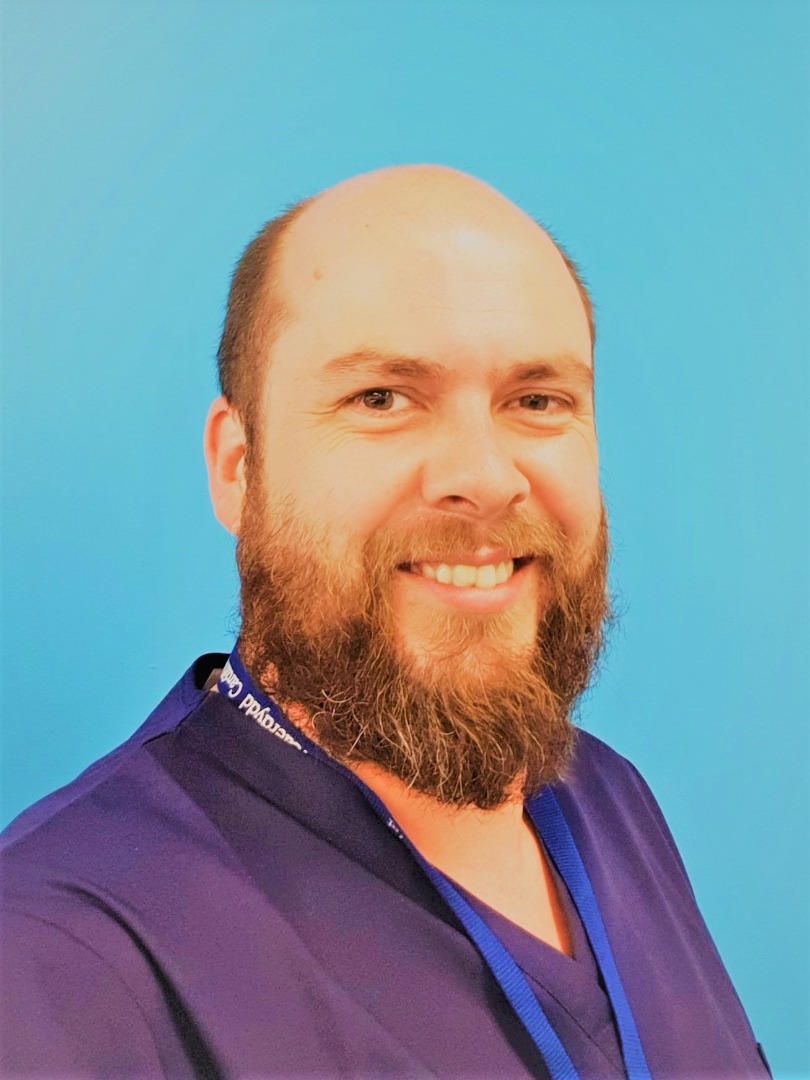 Ben’s podiatry career began in Perth, Western Australia in 2001. Since then, he has contributed to the multidisciplinary management of diabetes foot disease, initially at The Royal Melbourne Hospital. Ben later joined tertiary diabetes foot services in England and Scotland and is currently Programme Director and Lecturer in Podiatry at Cardiff Metropolitan University. 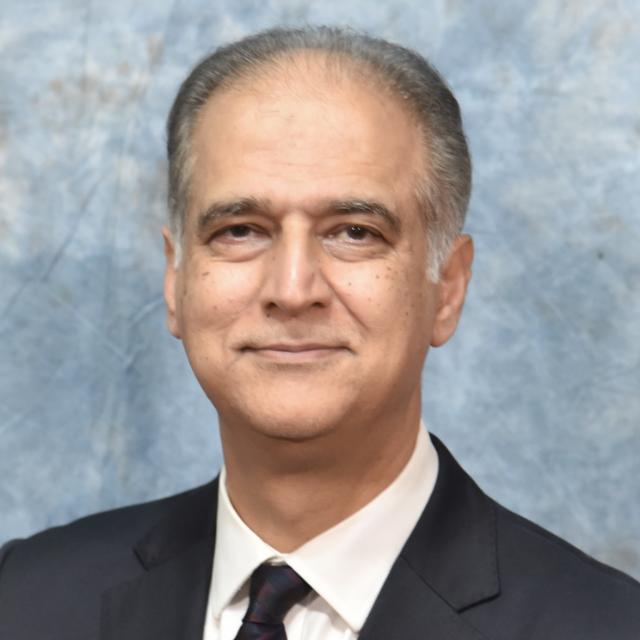 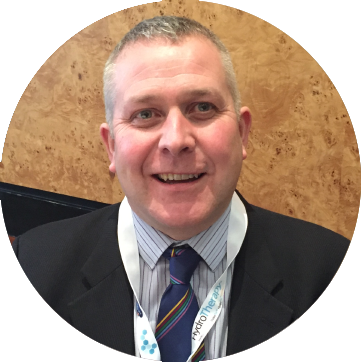 Paul has been working as the National Clinical Director for the College of Podiatry for 4 years. His has led the development and implementation of the Clinical Leadership and Education agenda of the Organisation’s five-year strategic plan.

Paul was appointed a Visiting Professor at Birmingham City University in 2018. 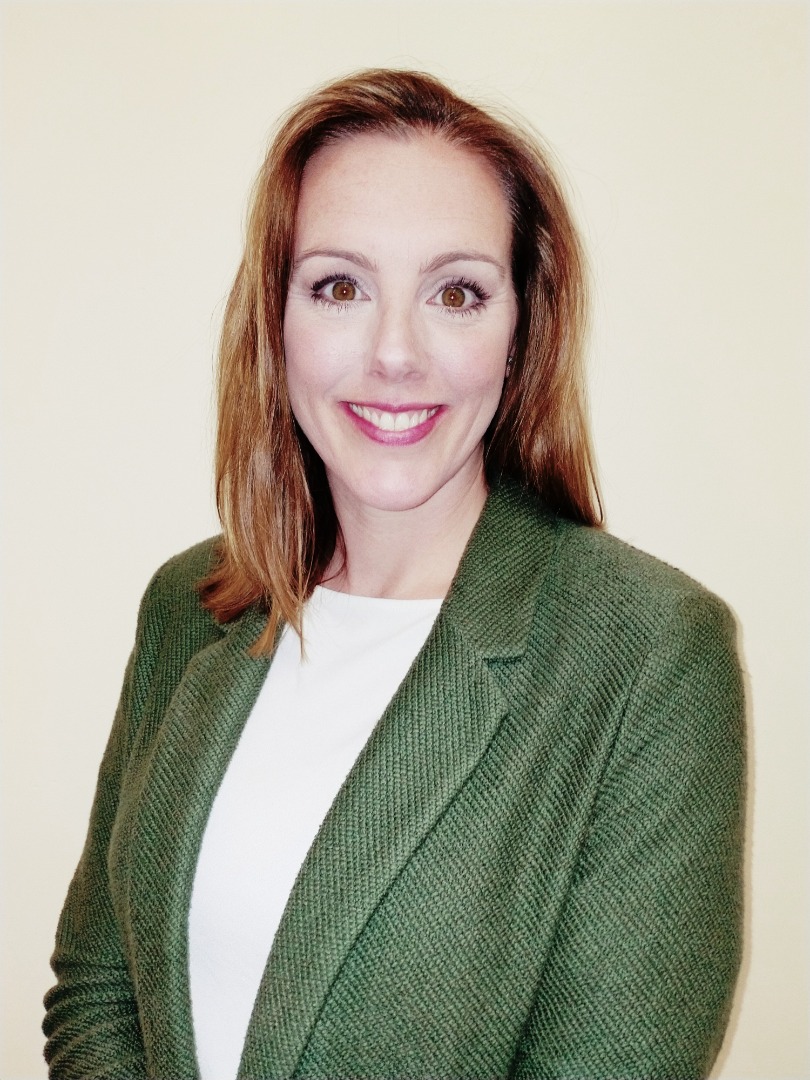 Lindsey Cherry is a Senior Clinical Academic Podiatrist, specialising in personalised care for people living with long term conditions. Lindsey leads a research programme in personalised care at the University of Southampton, where she also supervises post-graduate research and lectures across the Faculties of Health Sciences and Medicine. 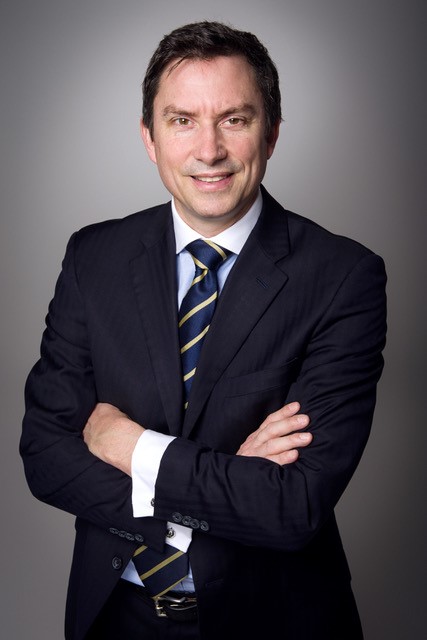 Mr Cichero has published a number of papers and is the principle investigator at Great Western Hospital for the Oxford SOLARIO Antibiotic trial (Short or Long-term Antibiotic Regime in Orthopaedics).

Mr Cichero is a council member of the Royal College of Podiatry. He is a keen surfer, swimmer, runner and enjoys cycling and golf. 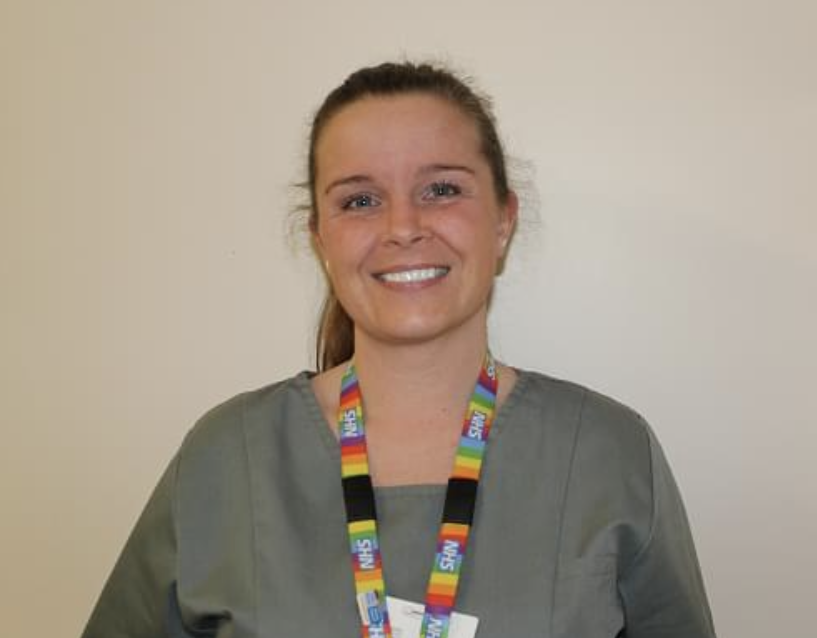 Mairi works for North Cumbria Integrate Care NHS Trust as the Falls Prevention Practitioner for the whole county. She covers acute, community, out-patients and a prison. 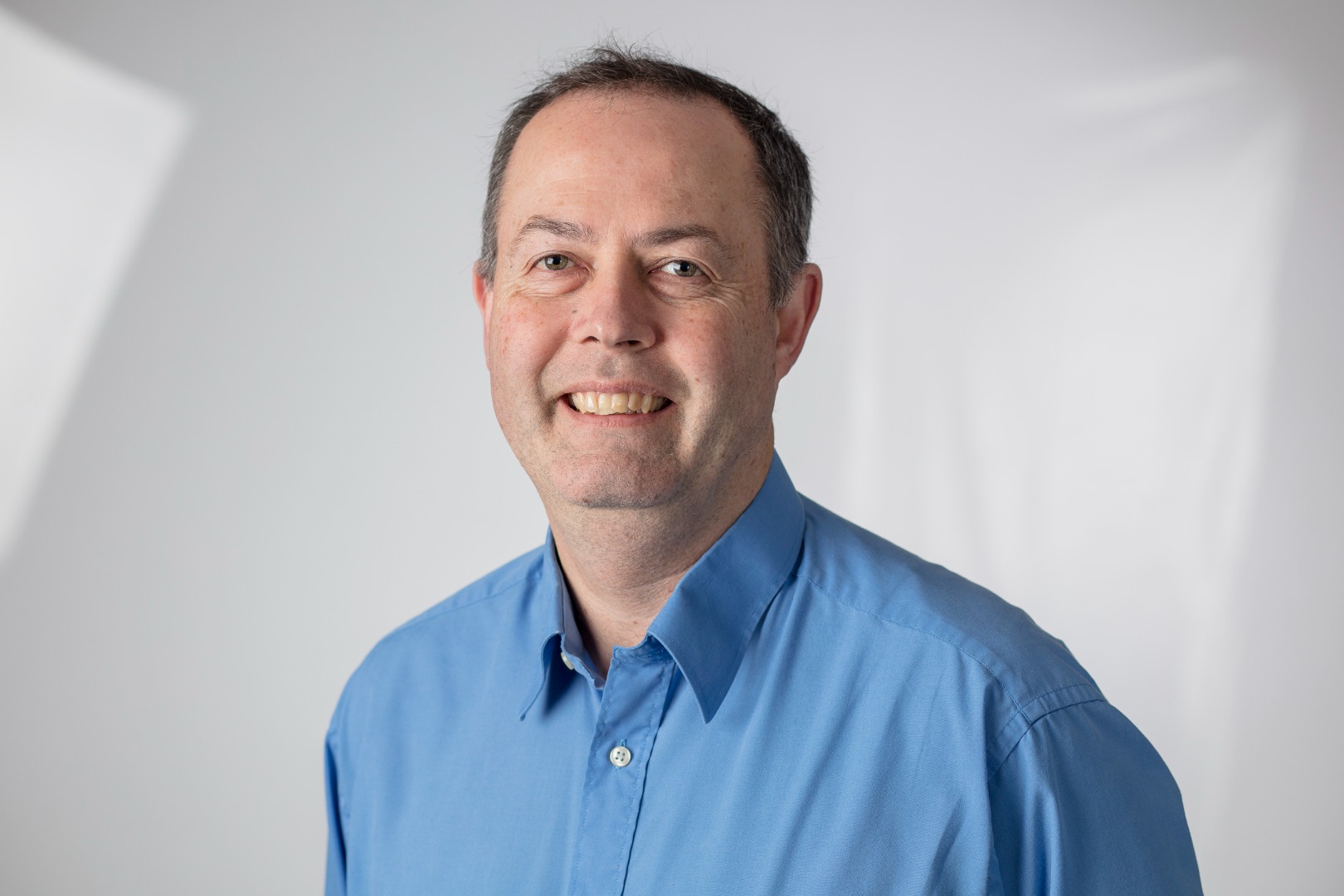 Richard is a team lead podiatrist working in Torbay, specialising in MSK. He has recently completed his PhD, where he undertook a feasibility study involving in-shoe pressure measurement to reduce the risk of foot ulceration in people with diabetes and neuropathy.

Richard sits on the Royal College of Podiatry’s Research, Development and Innovation Committee and is keen to progress the development of clinical academic career pathways in the NHS. 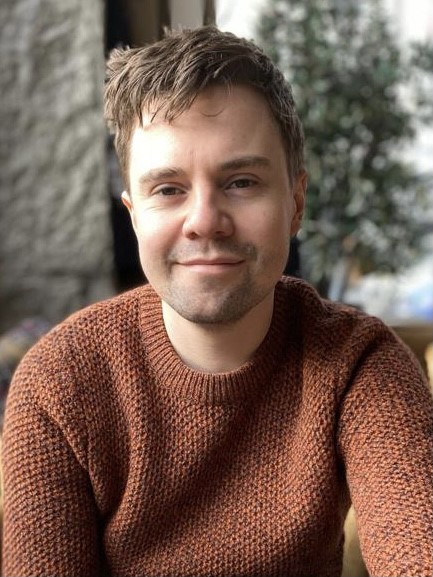 Matthew qualified as a podiatrist in 2014 from the University of Southampton, graduating with first class honours.

He completed a Masters in clinical and health research as part of the NIHR Clinical Academic Training scheme at Southampton in 2018.  He achieved Membership of the Faculty of Podiatric Medicine at the Royal College of Physicians and Surgeons of Glasgow in 2018 and is now a Fellow and the serves as the faculty director of communications.

Currently, Matthew is the Principal Podiatrist at Queen Mary’s Hospital for Oxleas NHS Foundation Trust. He is also in private practice at the BMI Blackheath Hospital. 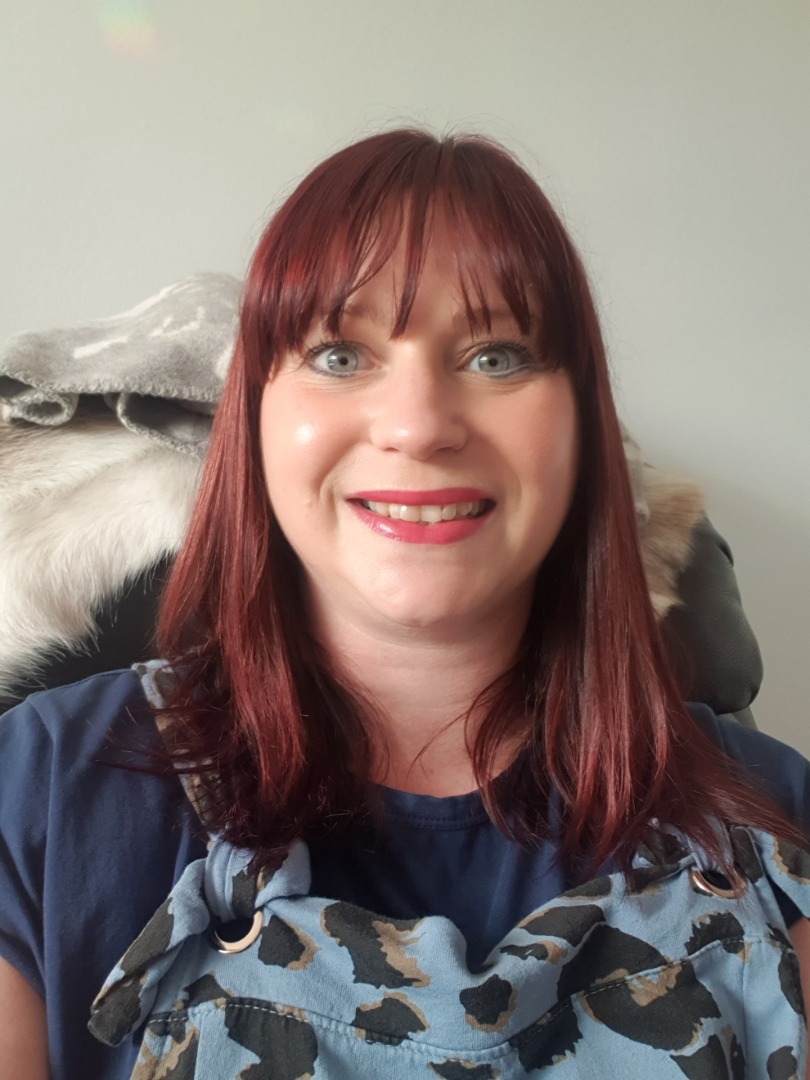 Gemma qualified in 2005 and has been working at Leeds Community Healthcare Trust since then.

She started working in the biomechanics team and worked towards being a specialist in Podopaediatrics, dealing with complex paediatric cases. Gemma there undertook a Masters in clinical podiatric biomechanics and published her dissertation in JAPMA.

Gemma went on to set up her own High-Risk Biomechanics clinic where she the TekScan F-Scan system with her patients to assess plantar pressures predominantly in patients with recurrent ulceration.

She now works in the Advanced Wound care setting and is currently undertaking her Non-Medical Prescribers course. 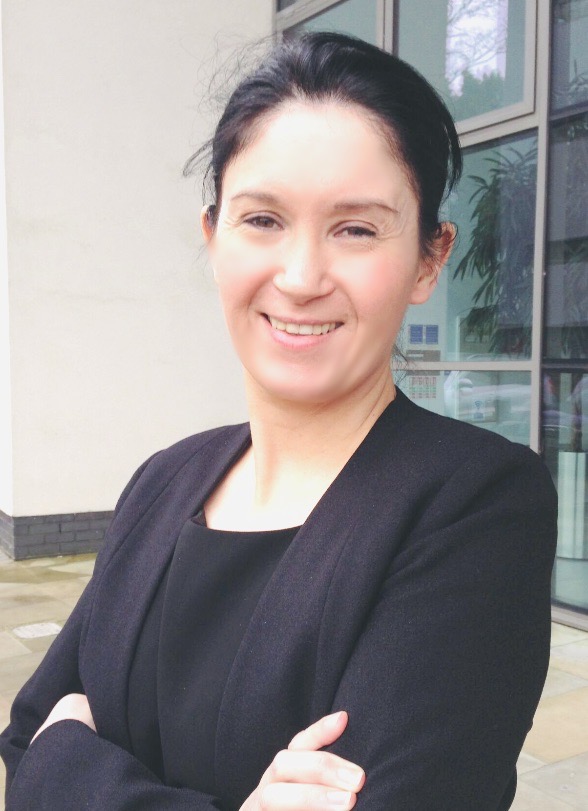 Sarah teaches at undergraduate and postgraduate levels. She is the Chair of the Research, Development and Innovation for the Royal College of Podiatry and has held a number of editorships, published widely and presented at national and international conferences.

She holds a number of awards and fellowships including a prestigious National Teaching Fellowship (2016).

Sarah has undertaken a number of pedagogic research projects but has a particular interest in musculoskeletal pathologies of the lower limb. This includes collaborative projects that span across disciplines locally and worldwide involving topics from patellofemoral pain and chronic ankle instability to the influence of limb dominance. 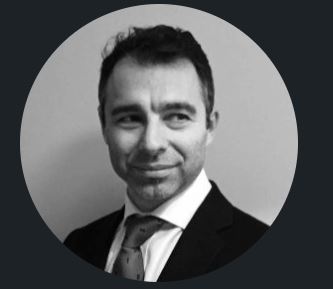 David set up his first business whilst at university and has since gone on to own and run several successful businesses.

David has over 25 years’ experience in the field of tax and accountancy having been instrumental in building the UK’s leading tax code review firm with over 2 million clients.

David works with TWD Accountants to deliver their range of fixed fee accountancy services through professional bodies and trade unions across the UK.

David lives in South Manchester and in his free time enjoys trekking, climbing and keeping fit.