The Council is the Royal College of Podiatry's Board of Directors and its strategic body. It decides policy, sets the College’s strategic direction, provides oversight of the company, and approves key organisational changes. Council members are elected by the Voting Members of the College. 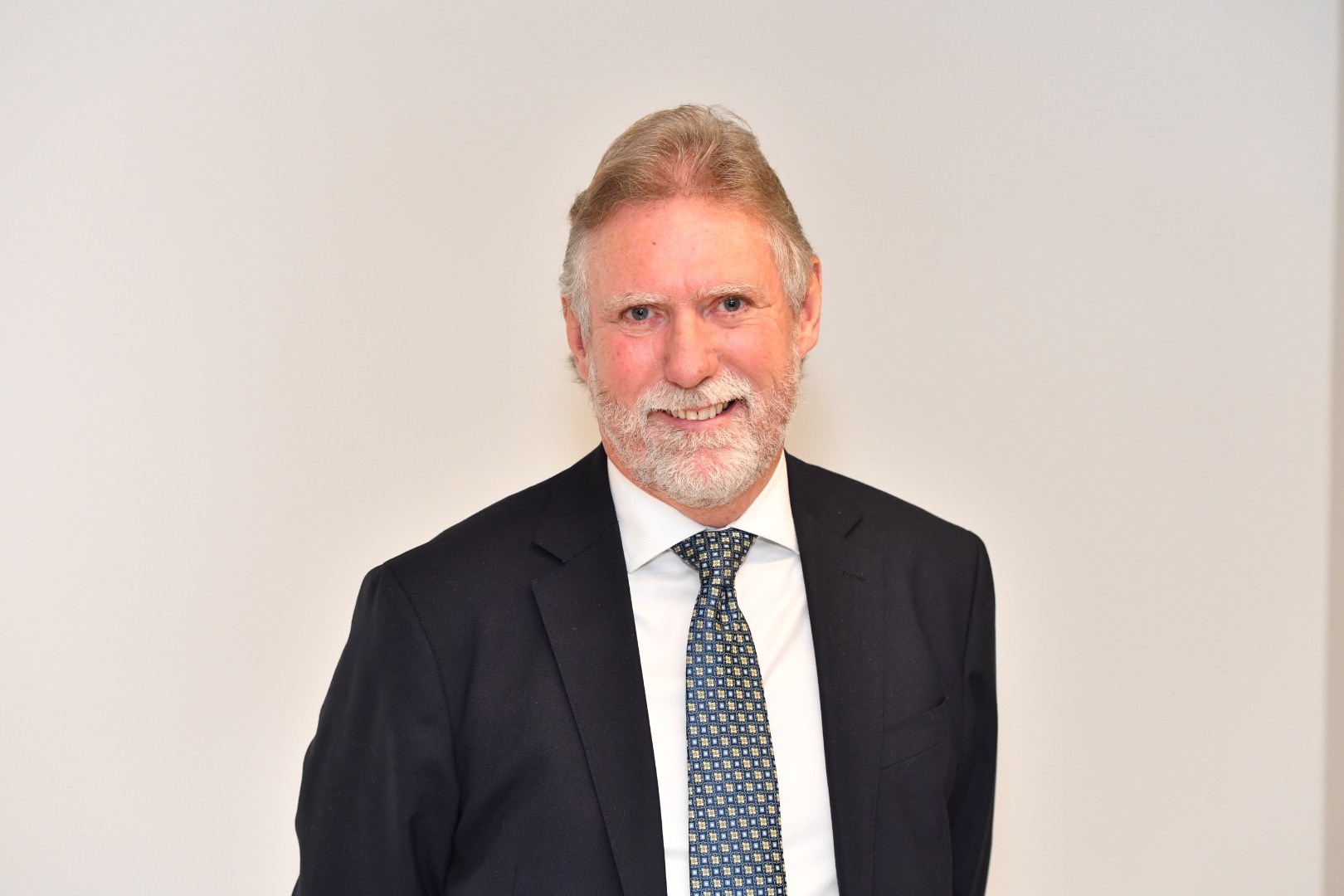 Stuart trained in Glagow and at the University of Brighton.

Now retired, Stuart was in an academic role for over 40 years both in the UK and abroad before returning to Glasgow Caledonian University in 1995. There he was Professor of Podiatric Medicine with a special interest in diabetes and its effects on the lower limb and foot. He also remained clinically active within the multi-disciplinary team at the Diabetic Foot Clinic, Centre for Diabetes and Metabolism, Queen Elizabeth University Hospital, Glasgow.

Stuart retired from a full-time academic role in 2016. However he continues to work as an Emeritus Professor at Glasgow Caledonian University, and as Adjunct Professor at Queensland University of Technology, Brisbane, Australia. He maintains an interest in medico legal report-writing for the Royal College of Podiatry, and in the management of diabetic foot disease both from a national and international perspective. He is a trustee of various UK charities.

Stuart Baird is a past Chair and has served on a number of committees of the Royal College: 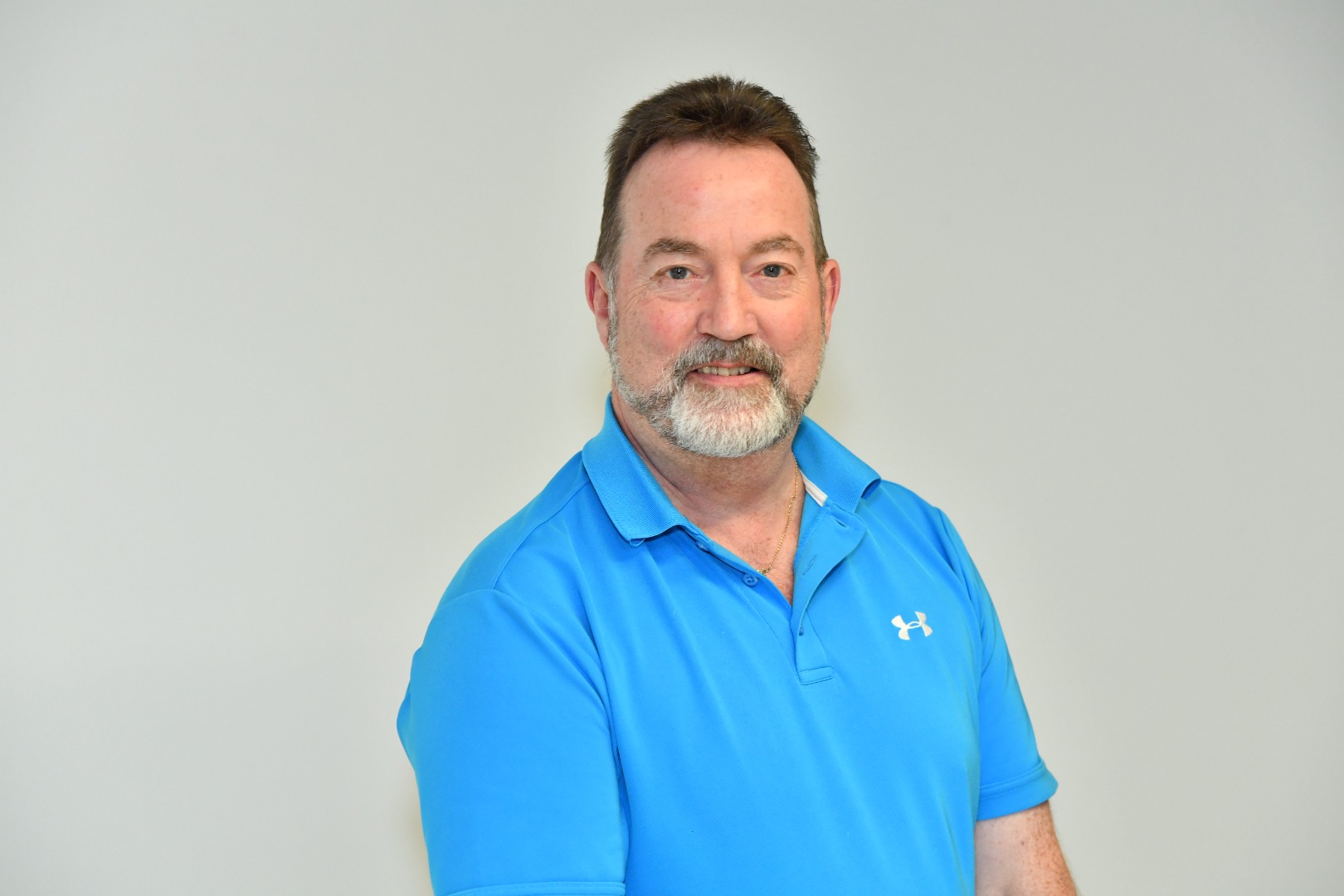 Allister has spent his entire career with the NHS and currently works for the South Eastern Health and Social Healthcare Trust, Northern Ireland, in a management role focusing on improved service provision

He trained at the Northern Ireland School of Chiropody and qualified in 1983.

Allister started his career with the NHS in a community post which expanded into specialising in diabetic footcare and health promotion, with a special interest in patients with a learning disability. During this time he acted as the podiatry Staff Side rep and then the Northern Ireland Regional Staff Side rep (1986 – 1992)

Allister moved into his first management role in 1992, which eventually led him to becoming the Head of Service from 2009-2016.

In 2016 Allister was appointed AHP Quality Improvement and Governance Lead for the South Eastern Health and Social Healthcare Trust.

The main focus of this role is around improved service provision and outcomes for patients/carers, staff and the Trust, and working closely with voluntary groups.

The governance element of the role covers everything from risk management, compliments and complaints, actions identified and implemented, and ensuring lessons are learned.

It also involves correlating all of the AHP Annual Service Audit plans to feed in to the Annual Directorate Audit Plan; overseeing staff mandatory and professional training; and ensuring  professional supervision and appraisals are in place to form individual development plans.

Allister is also one of the Trust's Internal Investors in People assessors, evaluating each of the Directorates' performance. This helps recognise and celebrate areas of good/best practice, while at the same time raising areas for improvement.

Allister is a member of Northern Ireland Policy Engagement Group. 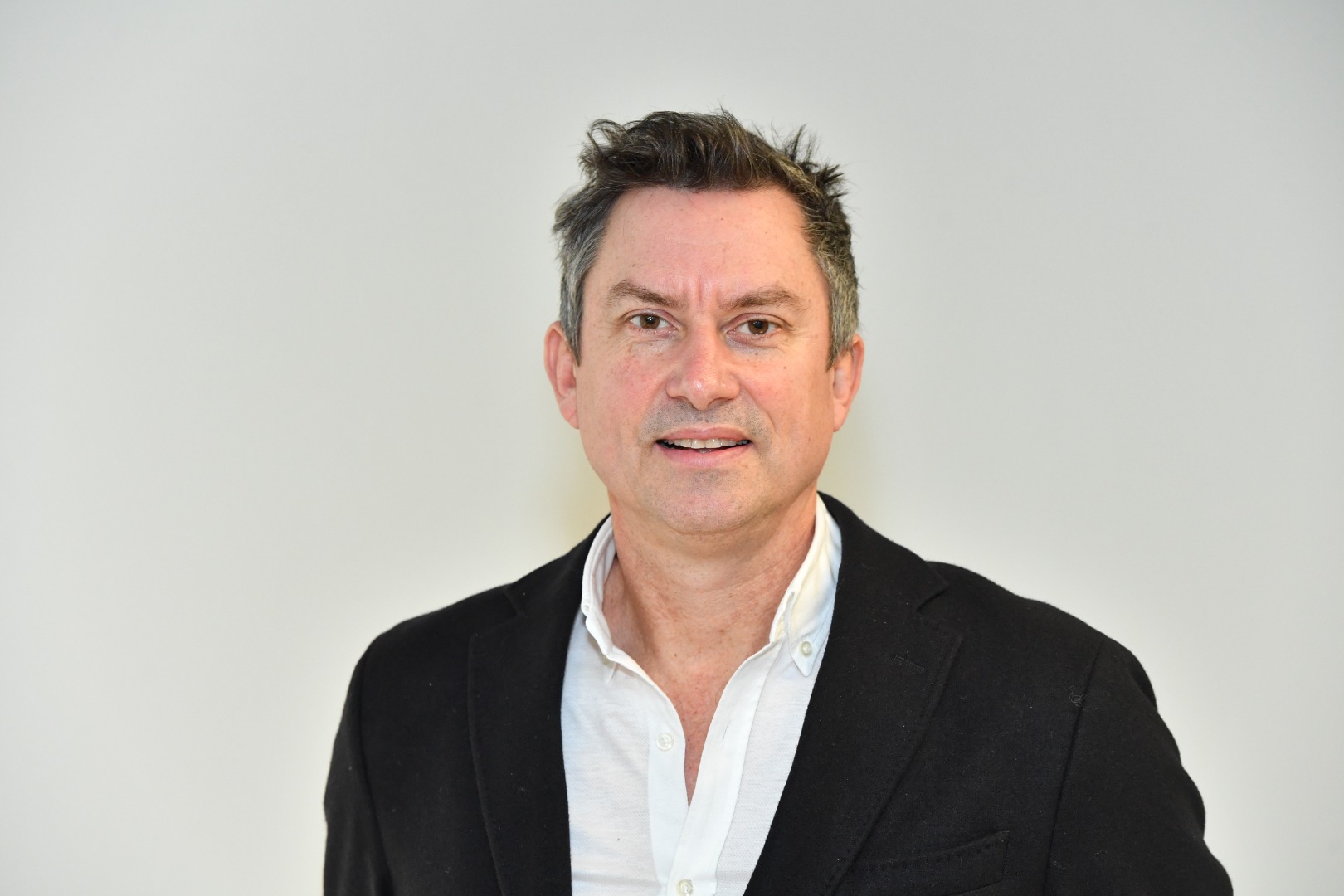 Australian by birth, Matthew is a Consultant Podiatric Surgeon at Great Western Hospital, Swindon, and also works in private practice.

He graduated from Queensland University of Technology (Brisbane, Australia) in 1995 and from Curtin University (Perth) in 2007.

After graduating, Matthew moved to Singapore to set up a high-risk podiatry service at Changi General Hospital. There, he learned a great deal about diabetic foot disease and specialist management.

In 1999, he returned to Australia to begin his Masters in Podiatry, establish a private practice and also work in Queensland Health at various hospitals. He developed skills in biomechanics and business management as well as honing his skills in high-risk foot complications. He held positions on the Queensland Podiatry Registration Board before it merged into the national registration board, APRHA. He was involved with the Queensland Podiatry Association as Vice-Chair and member. Prior to moving to the United Kingdom to complete his surgical training, Matthew also undertook monthly clinics for remote indigenous Australian Communities in the Northern Territory.

In order to round out his surgical training skills, Matthew came to Great Western Hospital, Swindon, to work under the tutelage of Ben Yates. He is now Consultant Podiatric Surgeon at the Great Western, and also the acute admission diabetic foot co-ordinator. He undertakes a full scope of elective foot and ankle reconstructive surgery (except ankle fusions/replacement) as well as limb salvage surgery in the high-risk foot. He is a supervisor for podiatric surgical trainees as well as having student placements for undergraduates to observe. He also works in private practice.

Matthew has actively worked to give back to the profession in the United Kingdom and Australia.

He was elected to the Council of the Royal College in 2019 and is a member of the Faculty of Podiatric Medicine, Chair of the Medicines and Medical Devices Committee, and will chair the Conference Committee 2022. He is a member of the Podiatric Surgery special interest group and Southwest Diabetes Group.

Matthew has a wife and three daughters. For recreation, Matthew enjoys a good book and a number of sports including surfing, golf, tennis, swimming, cycling, running and rugby. 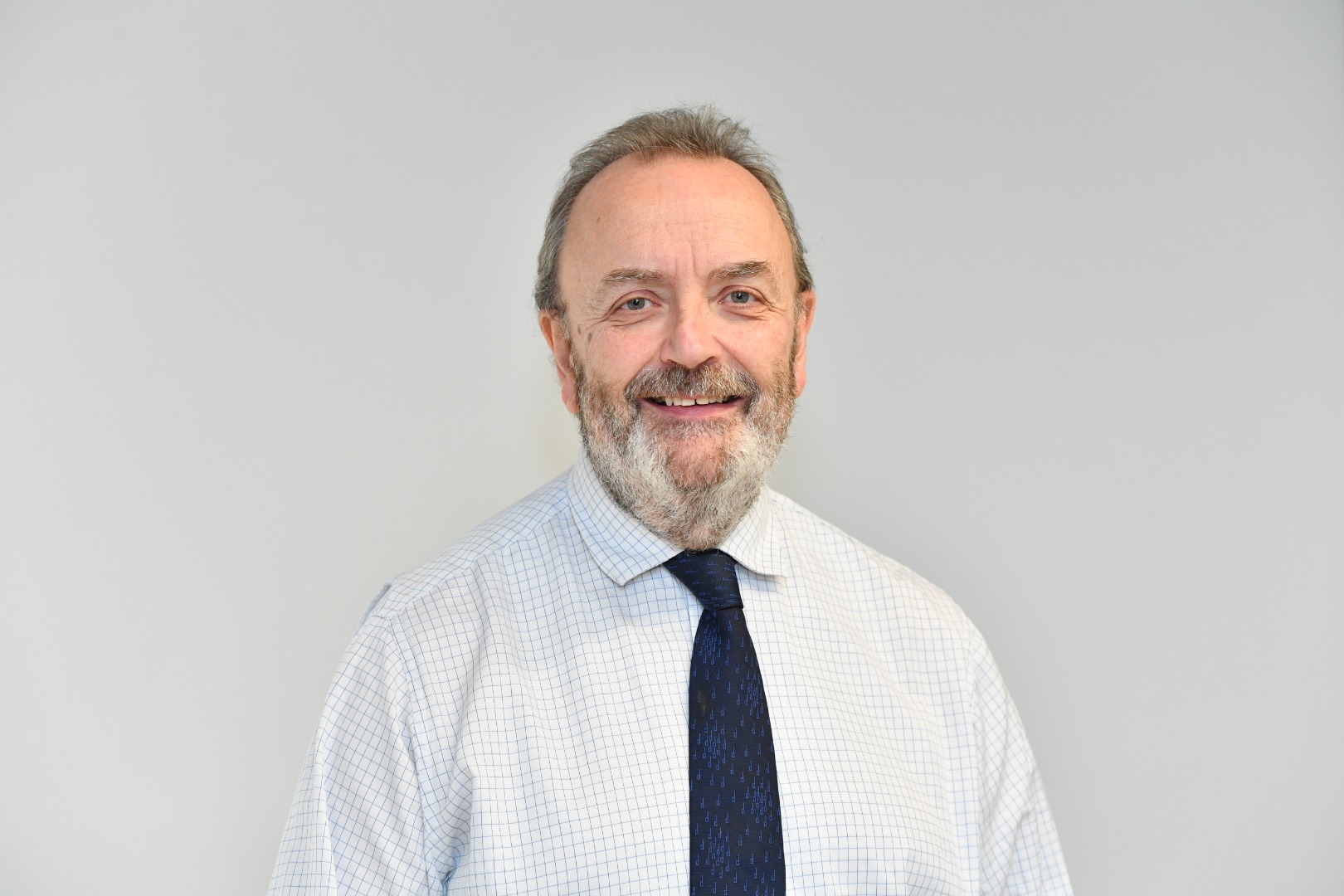 George is an NHS podiatrist with many years of service to the Royal College of Podiatry (RCPod).

George's  main professional interest is in the NHS delivery of a high class wound care service to the people of East Cheshire.

George has also been actively involved in reviewing the services that RCPod provides to its members and has been delighted to see how these have improved immeasurably from when he first joined the College. He is proud to have worked alongside the  Executive Team in modernising the Royal College.

Past service on Committees and Boards of Coumcil

George has been on Council since 2013 and served as Chair from June 2018 until September 2020.  During this time he seved on many committees across the sphere of podiatry.

My main interests outside of podiatry centre on taking my lad to various sports clubs and associations so I could be said to be an amateur Uber driver! 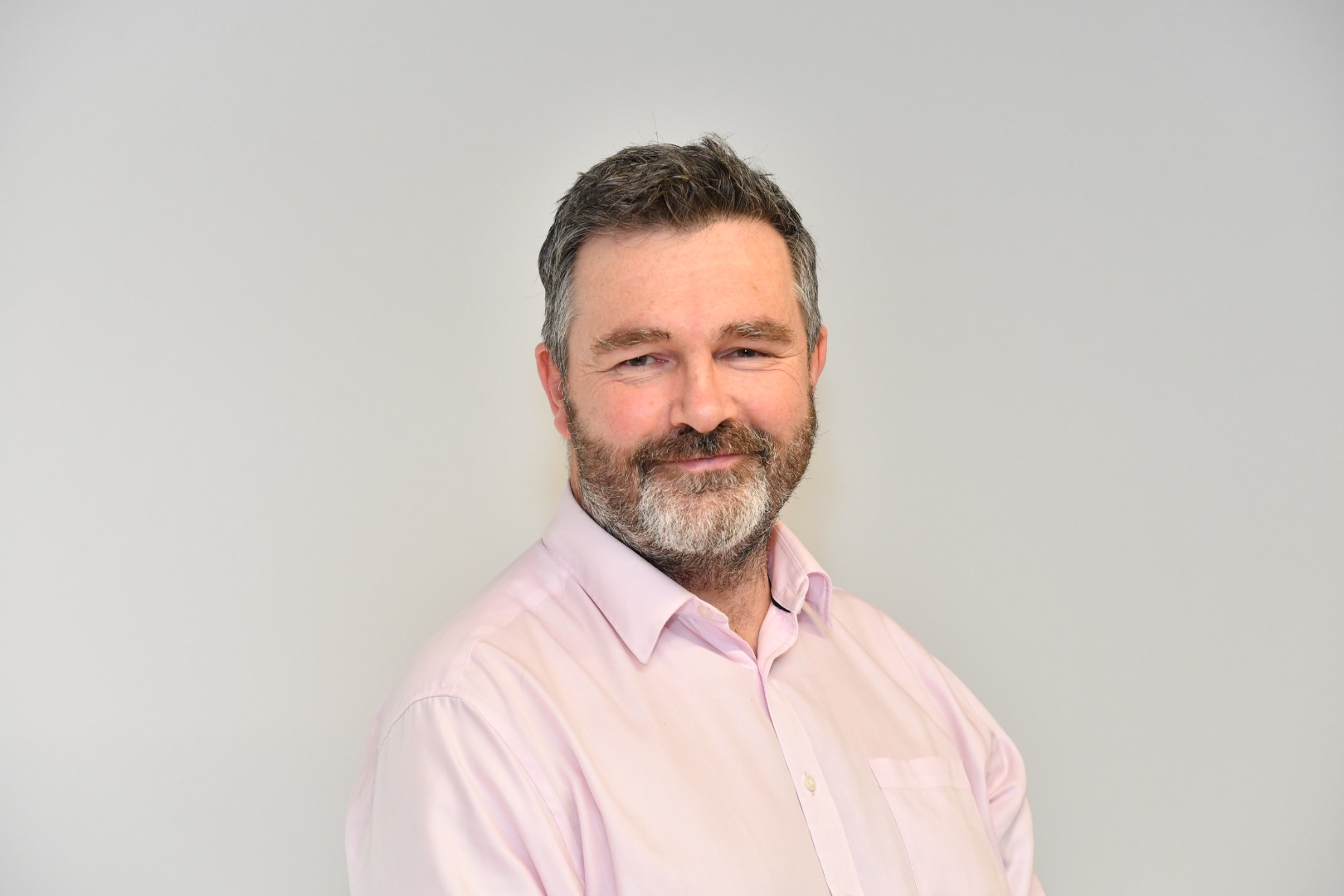 Martin began his podiatry career with the NHS but has moved into healthcare leadership roles.

He trained at the University of Salford, graduating in 1990.

Martin's early career was in clinical podiatry, including diabetes and high-risk foot teams. He also worked at a leprosy street clinic in Kolkata. During this time, he served on a professional executive committee for his NHS Trust which sparked an interest in healthcare leadership.

Martin works both regionally in podiatry clinical effectiveness groups, and nationally for Foot in Diabetes UK, the NICE Guideline Development Group for PAD, and with the Royal College of Podiatry where he is Chair of the Clinical Senate.

He contributes to All Party Parliamentary Reports and to the Vascular Society of Great Britain and  Ireland publications on PAD.

He presents at, and chairs, conferences and has written journal articles on various aspects of high-risk foot care and lower limb vascular disease.

Martin is a member of RCPod's Vasular podiatry special interest group, and an Associate member of the Society of Vascular Nurses.

He is also a member of the Executive Commitee of Foot in Diabetes UK.

Martin enjoys bikes and motorbikes, walking, mountains and the great outdoors, techno music, the company of dogs, friends and family. 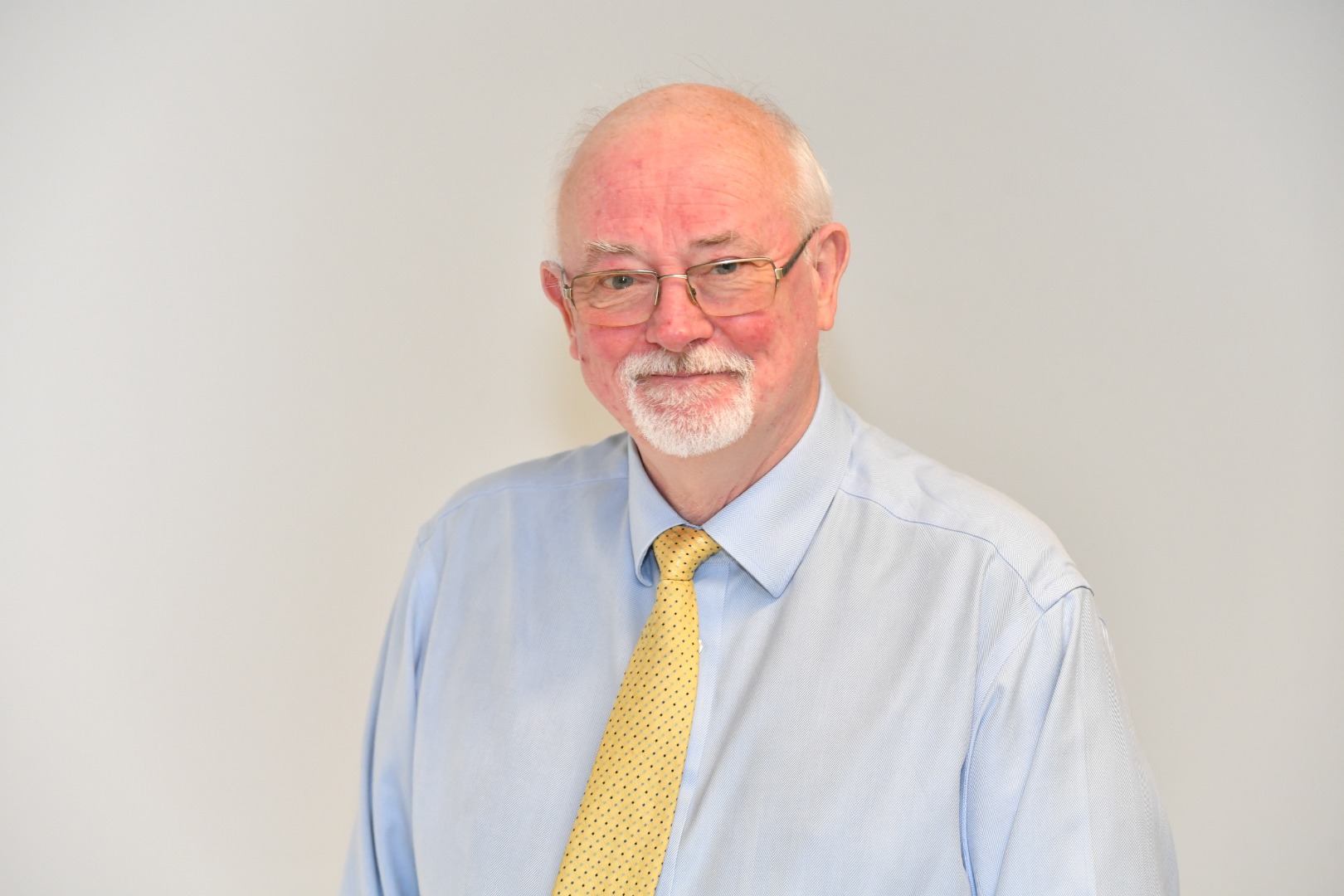 He trained at Edinburgh Foot Clinic and qualified in 1980.

Tom's early career was spent with NHS Lothian. He has been in private practice since 1984.

Tom is also Vice Chair of the Independent Practice Group.

Tom enjoys golf, reading, walking, badminton (which he used to coach), and activities with his grandchildren. 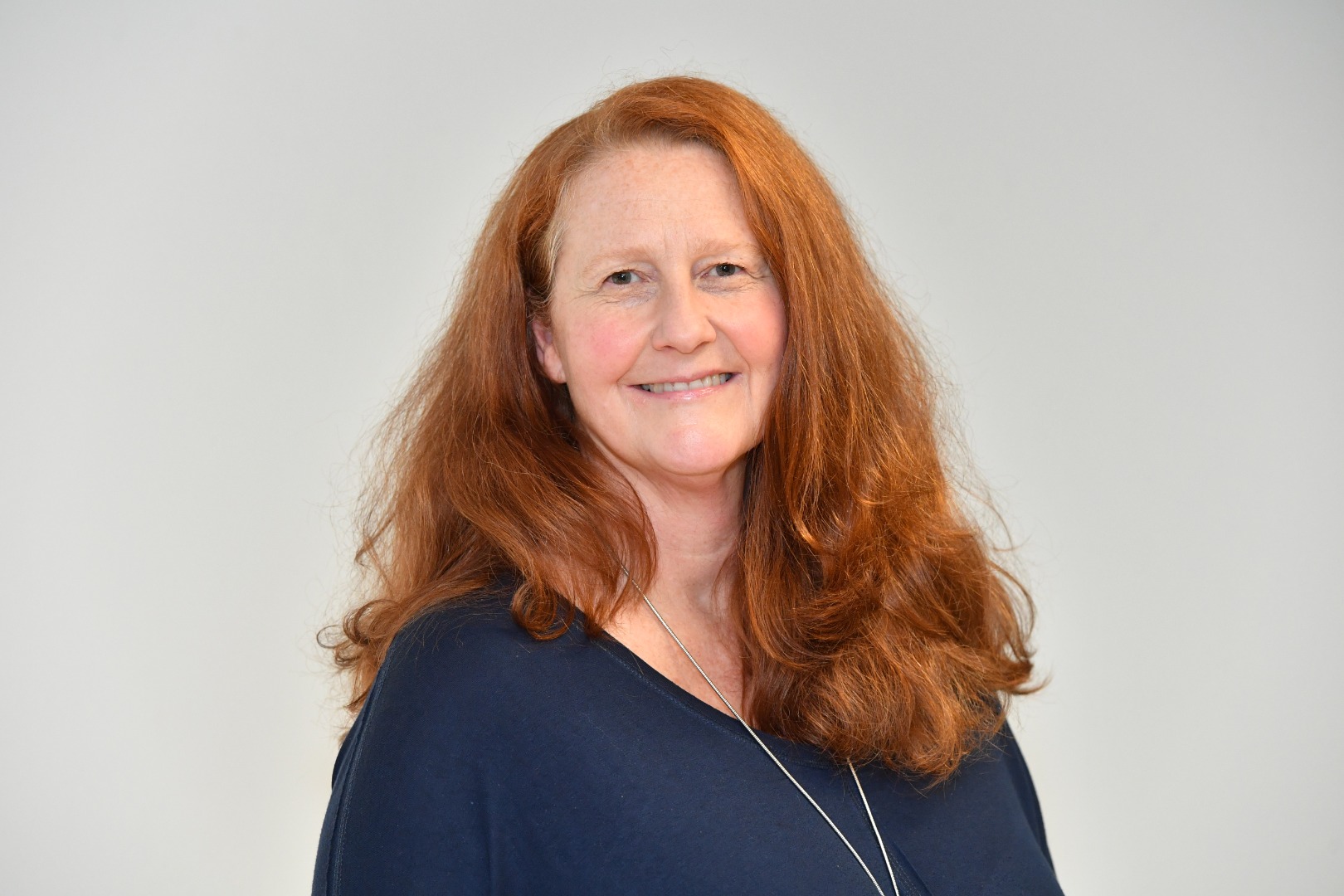 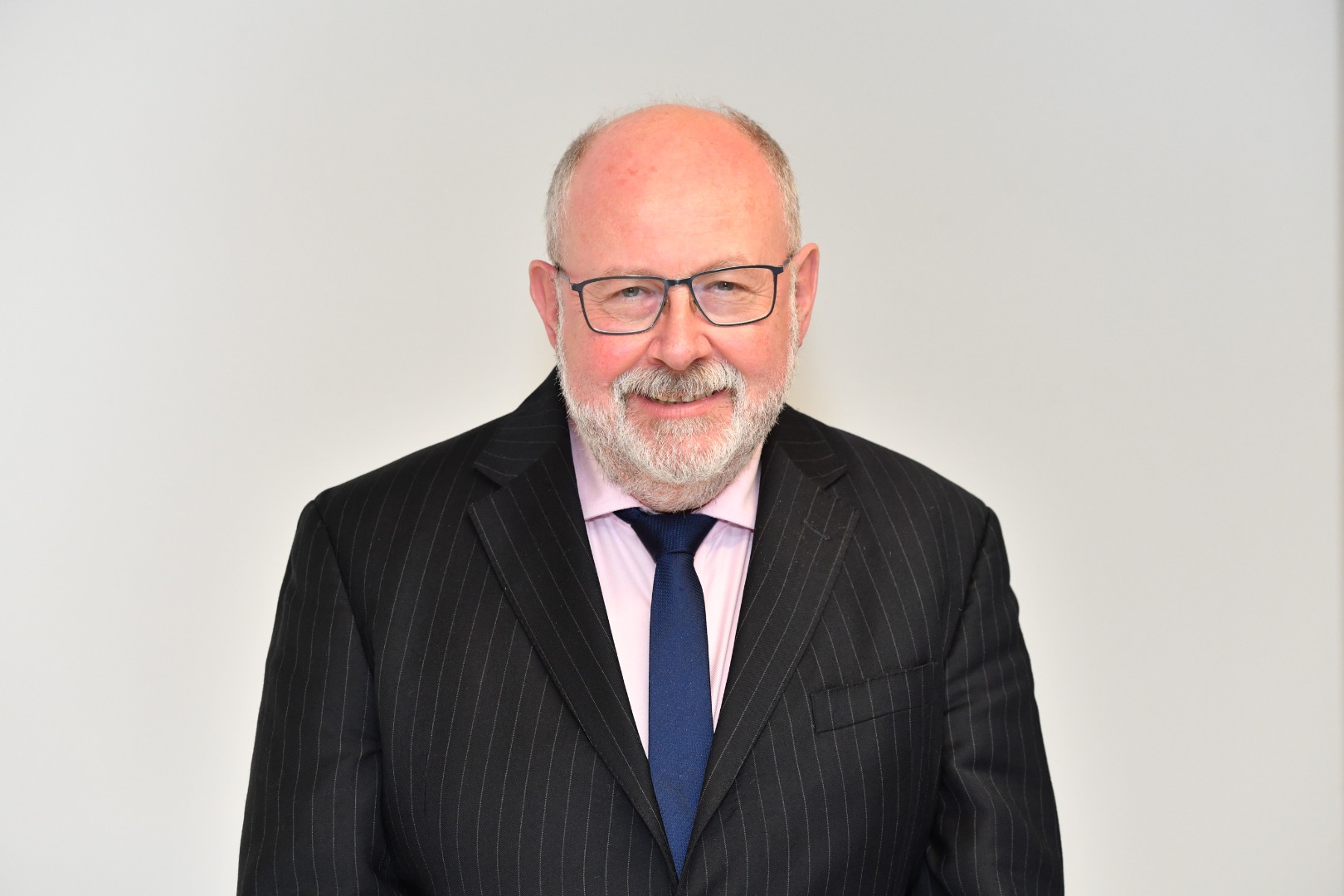 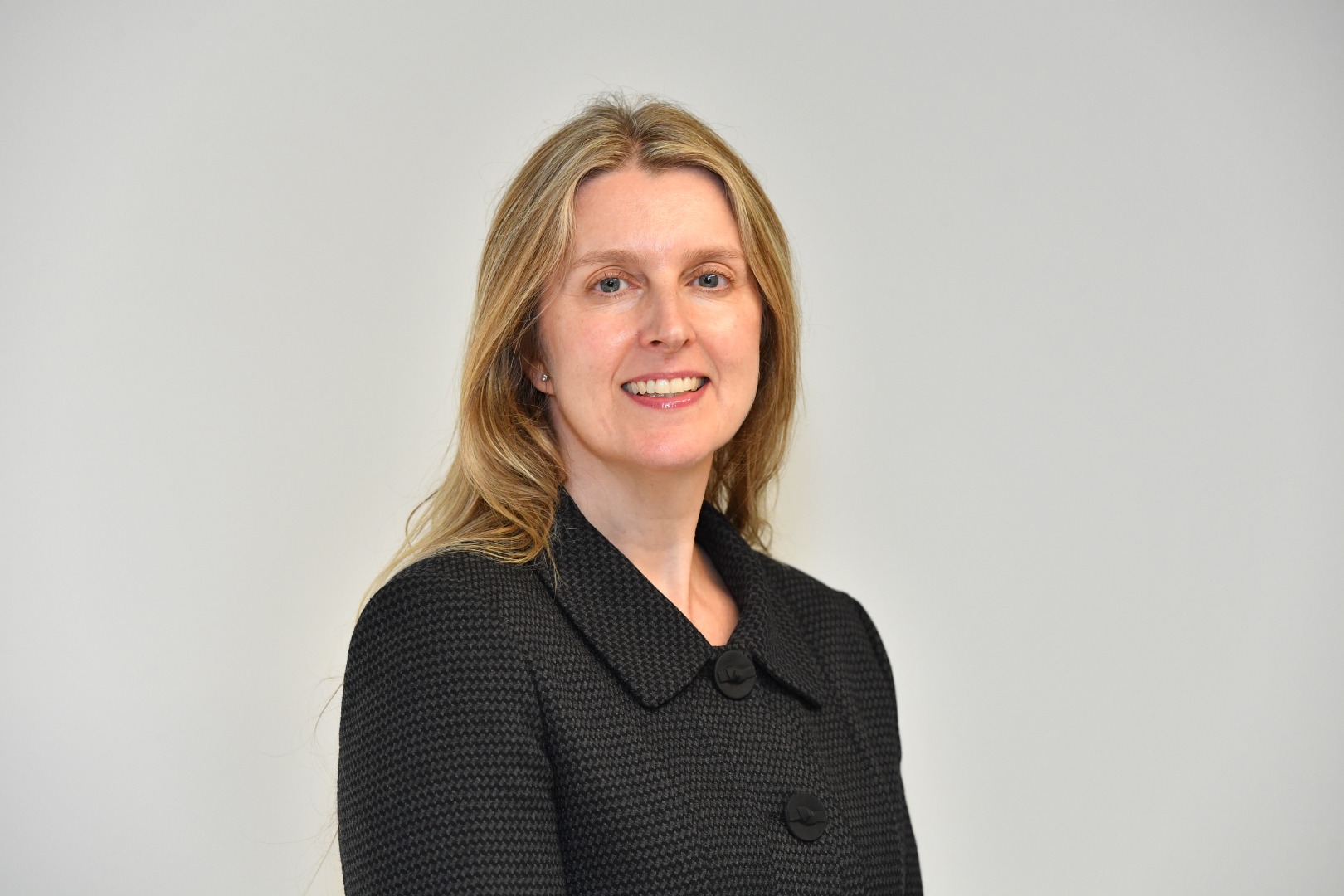 Michelle has worked as an educator, manager, trainee and trainer for the NHS, and is now in private practice.

She trained at Salford University and qualified in 1994.

After leaving Salford, Michelle spent several years working as a locum and took on several short term contracts until she acquired a permanent post with Suffolk PCT; this was a split Chief III post involved with the delivery of health promotion and generic worker training around the county.

After six years Michelle transferred into the surgical unit, commenced an MSc, and became a clinical assistant and lead of the unit. She then moved to Mid Essex and secured trainee podiatric surgeon posts at St Georges and Braintree Hospitals.

After a relocation to Somerset, and being unable to secure a similar NHS post within the county, Michelle moved into private practice, an area of podiatry that was significantly different to her previous experience  Michelle says that the experience, knowledge and skills that she has gained as a private practitioner has moulded her into a forward-thinking and motivated individual with the drive and tenacity to continue pushing the boundaries of her professional practice

I enjoy scuba diving, skiing, swimming, cycling and anything that keeps me fit and well. I also enjoy live music and often travel abroad to see some of my favourite bands in concert.
Living in a small village in Somerset means that I can have long peaceful walks in the beautiful countryside.

I am currently undertaking a Professional Doctorate at Glasgow Caledonian University.

I have recently housed a family from Afghanistan who arrived in Dorset as a result of the conflict of late. 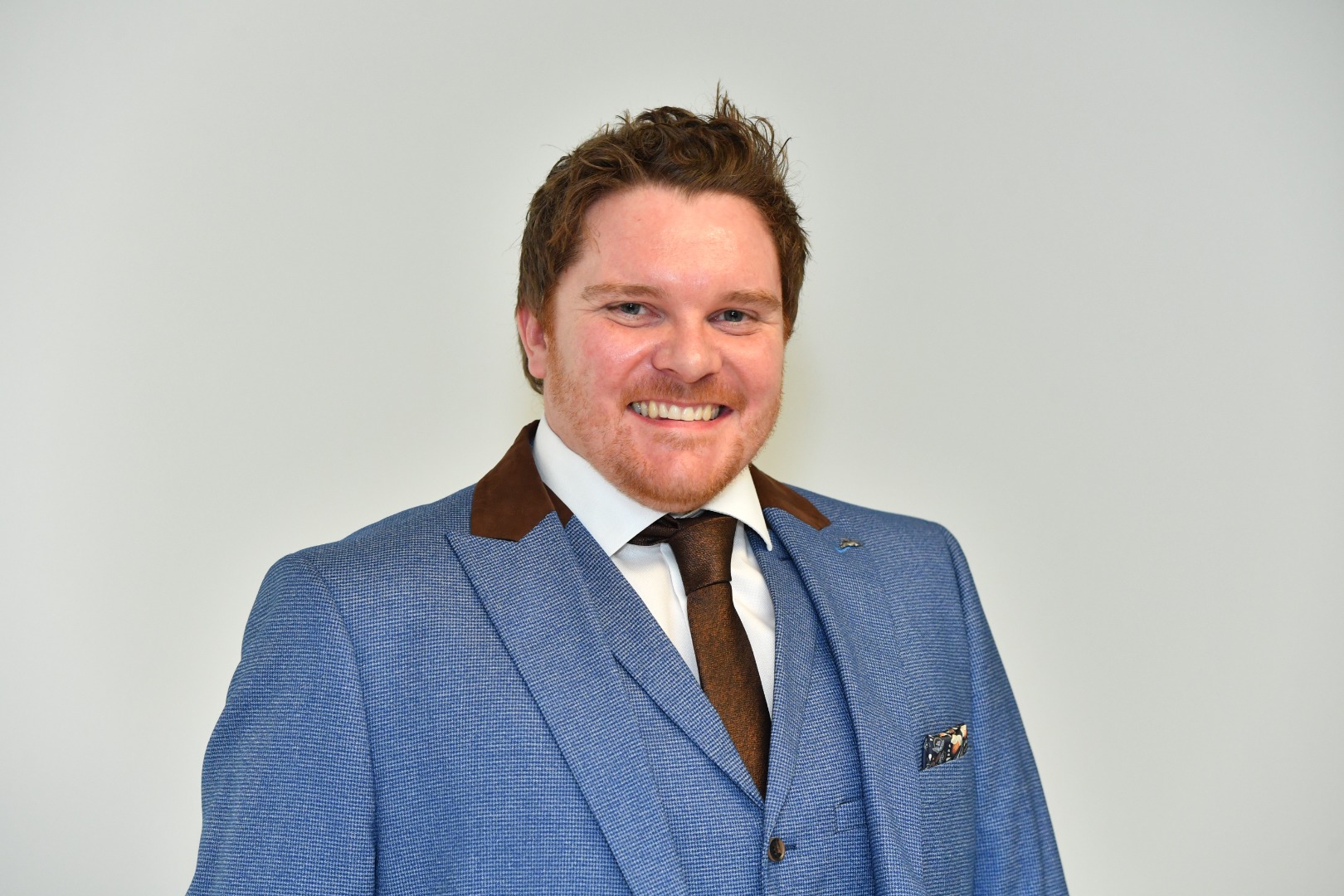 Adam started his podiatry career with the NHS but is now in private practice.

Adam is now the podiatrist and owner of Adam Smith Podiatry and Healthcare on the east cost of Scotland.

Adam currently serves on the Finance Committe and the Communications Committee. He is also a member of the Perception and Communications workstream arising from the Saks Report.

I love to play cricket, watch football, baseball and ice hockey, and have a passion for food. Geeky things, such as Sci-fi, are my favourites but I am always open to reading or watching other genres.
I live in East Lothian and love it. I love walking, visiting the local landmarks and the brilliant scenery. I do travel when possible, and love short breaks away in the UK and abroad, as well as longer trips. My favourite destination is Toronto. 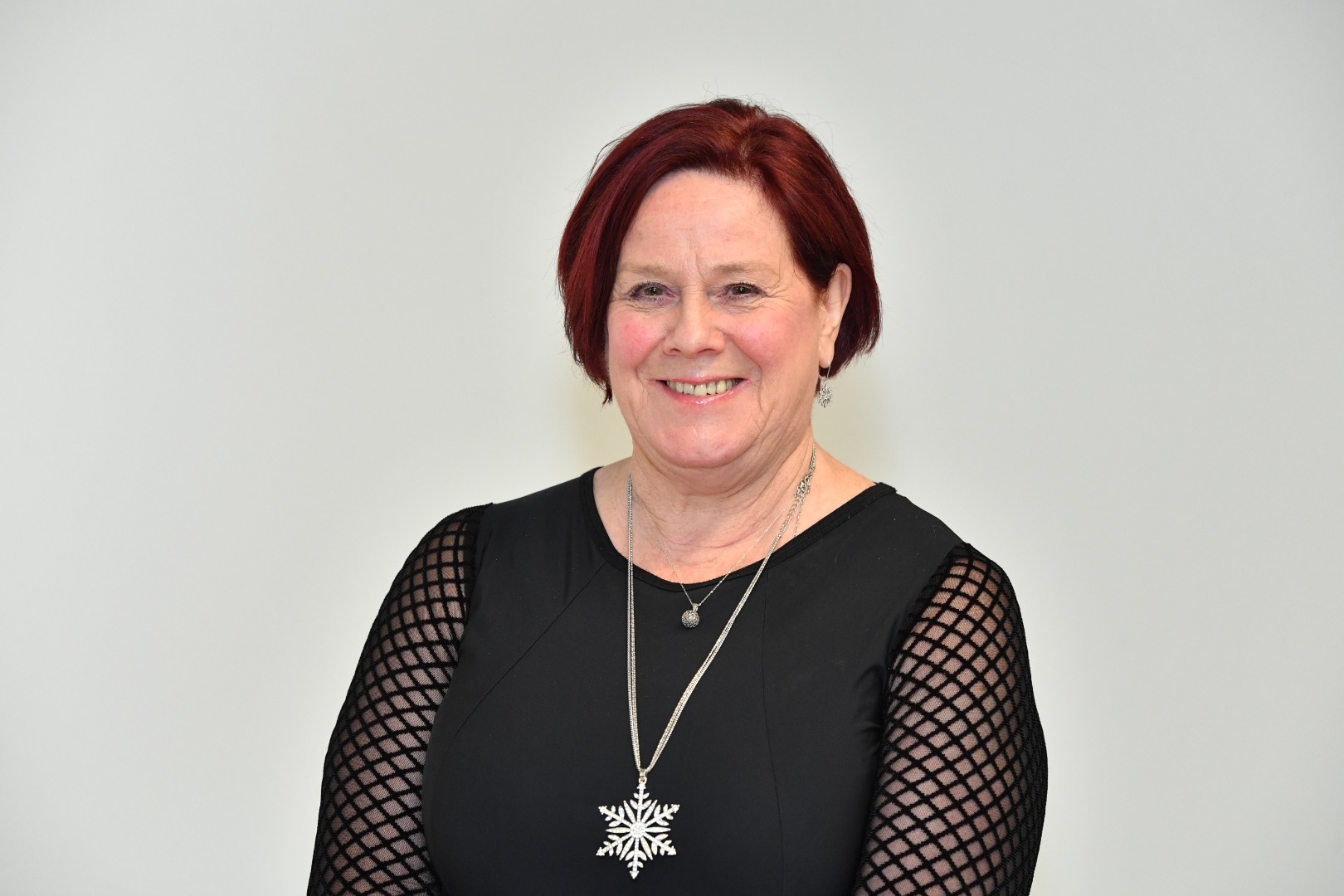