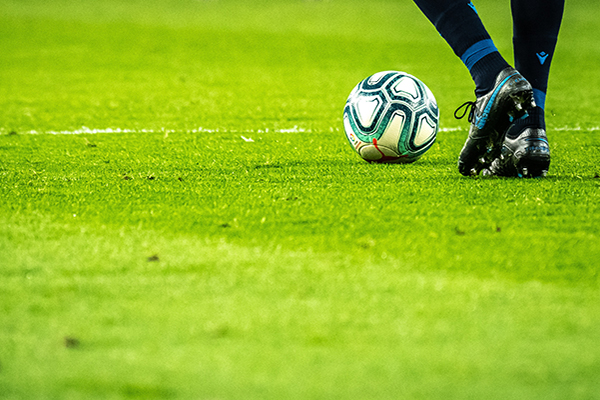 It is fair to say that as a nation, we are pretty keen on all things sporty.

It is fair to say that as a nation, we are pretty keen on all things sporty.

And that’s no bad thing.

Sport, in all its guises, provides us with numerous healthy past-times, builds confidence, develops team-working skills, is used in rehabilitation after illness or injury and sometimes develops into a career - either as a sportsman or woman or as sports-focused allied health professional.

In fact, some people go on to be both.

When we think of sports medical-support we automatically think physiotherapist, but a podiatrist is also an essential member of a sporting club’s medical support framework.

A football club’s podiatrist sees all players regularly, and provides a range of treatments, varying from simple toenail cutting to more complicated procedures such as nail resections to correct ingrown toenails and advanced treatments for specific footballing injuries affecting the feet and legs. I remember during the 2005 European championships the women’s team loved having me around to remove any hard skin that had built up on their feet. I think they saw it as a real luxury.

Podiatrists can assess the biomechanics of their players and identify certain risk factors for injury, helping to treat the underlying cause of recurring injuries, or even as a means of injury prevention with the use of orthoses fitted into their football boots.

We also offer general lower limb care and health care advice for maintenance of the team’s skin and joints. Identifying any potential problems at an early stage makes the club podiatrist pivotal to the club’s injury prevention strategy.

Blisters, for example, can seem trivial yet could cause all sorts of problems for a footballer taking part in an important tournament such as the World Cup, particularly if the climate is hot. Yet they can be so easily prevented and treated by a podiatrist who can identify and treat the issue early.

Not only must a club podiatrist be skilled in lower limb care, enthusiastic and always professionally competent, but he or she must also capable of developing strong and lasting working relationships with each and every member of their team. The team needs confidence in its medics and vice-versa.

Two sporting professionals who, like me, understand this more than most are Cardiff City Manager Neil Warnock and ex-Manchester United player David Brown. Both men bring their knowledge of foot health and soccer to their current careers.

Neil played as a winger for Chesterfield, Rotherham United, Hartlepool United, Scunthorpe United, Aldershot, Barnsley, York City and Crewe Alexandra, scoring 36 goals in 327 career league appearances and holds the record for the most promotions in English football (8). He retired in 1979 at age 30 to move into coaching and is currently managing Cardiff City.

It is a little known fact though, that before his illustrious career in football and football management, Neil was himself a foot health practitioner.

I asked Neil if his knowledge of foot and leg health had been of use at all in his football career. This is what he said:

“We draw on lots of bits of knowledge as we progress. I expect the best from my lads, and I make sure that they have what they need to deliver. Our podiatrist visits the club every fortnight at least, and the whole team - me included - has a thorough foot and leg check. Any developing problems are nipped in the bud and when injuries do occur the player gets the best treatment, to get them back to full fitness and back on the pitch as soon as possible without the possibility of any long-term problems resulting.”

David Brown played professional football for 17 years before retiring at 33 years old. He spent three and a half years under Sir Alex Ferguson at Manchester United and went on to play for Hull City, Chester City, Hereford United, Accrington Stanley, Forest Green Rovers and Wrexham, playing almost 500 games and scoring over 100 goals. During his footballing career, he also gained a degree in Sports Science and his UEFA coaching qualifications.

He went on to qualify as a podiatrist in 2015, and now enjoys scouting for players and teams and running a successful podiatry practice.

I asked David if he felt his two professions complemented each other. This is what he said:

“I was fortunate enough to not have many injuries in my time playing but I had a few niggles from the constant pressure of tight boots and the impact of running 50km plus per week, training and playing.

“Now, with my podiatry knowledge, I see some of those issues could have been prevented by using techniques we commonly use every day in our podiatry clinics, which would have allowed me to perform at my max.

“Football, and most other professional sport today, is about gaining every little advantage. Podiatry should be a key part of a multidisciplinary approach to keeping players fit and in peak condition.”