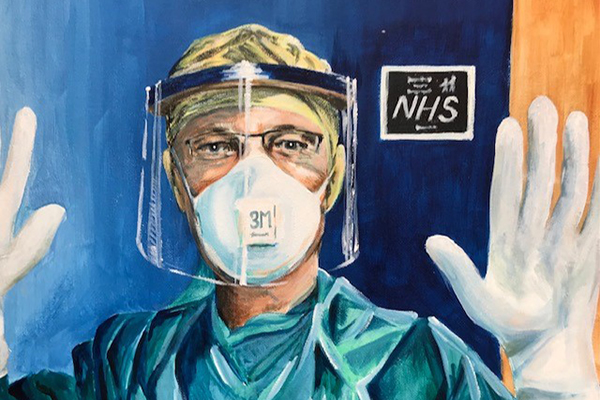 Specialist Podiatric Surgeon, Scott Reid, writes about his redeployment to ITU at Homerton Hospital at the height of the COVID-19 pandemic

The quote, from A Tale of Two Cities, I have used paradoxically: it was the worst of times - by far the most challenging time of my NHS career - but the people I met and worked with, and those people who supported me indirectly during this time, made it the best of times.

Redeployment at the height of the pandemic

My colleague, Trevor Prior, Consultant Podiatric Surgeon, wrote an article in Podiatry Now in July 2020 about his experiences of being redeployed to the Intensive Therapy Unit (ITU) at Homerton University Hospital from April to June of 2020, at the height of the COVID-19 pandemic.

I was redeployed at the same time, first undergoing an intensive ITU upskilling day that the Homerton ITU staff arranged. This was an invaluable day, giving an overview of the equipment, processes and duties that we might be asked to carry out whilst in ITU, including proning, CPR on COVID patients, and the drugs used and their function. Finally, and perhaps most importantly, we received a briefing on what it was like to work in a COVID ITU setting, the precautions needed, the PPE and the patients.

The next day I started work in the main theatre complex of the hospital where five of the six theatres had been given over to COVID-19 patients.

A sombre start to the day

The morning routine started with getting into the office early to look over the records of admissions and deaths overnight. ITU handover would happen at 8.30am in the anaesthetic meeting room. A printed sheet containing the details of every patient in ITU was provided for all staff. The lead would then give a summary of each patient’s overnight status and their needs for the coming day.

Patients who needed proning/deproning were discussed and agreement made for when best to carry this out. This information was then fed back by the proning lead to the proning team who met at 9.00am.

The lead would also discuss any patient who had died overnight and patients who were likely to die that day. This made a very sombre and sobering start to the day.

I started by being a runner, disposing of contaminated waste, getting drugs, finding equipment, and running blood gases, a new skill learned from the upskilling day. That was my role for the next few days.

My role changed almost by accident when a team led by Tamzin Cuming, a Consultant Colorectal and General surgeon, arrived to start proning patients. I had been shown how to do this the day before and was very happy to help. 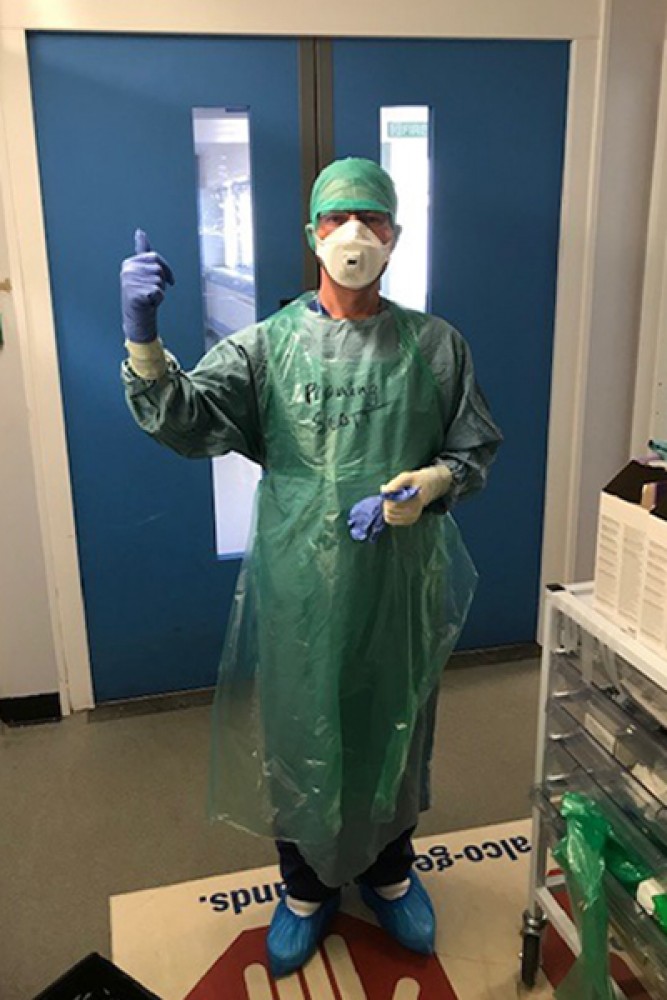 I donned full PPE and went into the theatre where the patients were situated. I had known theatres for 11 years and was intimately familiar with them: I had operated in them and come and gone on a daily basis. But now it was alien, somewhere inversed: it was not as it should be.

We proned three patients in the theatre. A checklist had been prepared for pre-proning, proning and post-proning. One member would lead, reading out the checklist, while the rest of the team would carry out the manoeuvre.

The training day had prepared us to do this and it had gone easily and smoothly with a volunteer agreeing to be proned: simple, wrap them in a sheet, put a slide sheet under them and turn them 180 degrees. It was done in a moment. Easy - what was so hard about that?

This was somewhat different.

These were deeply sedated and dangerously ill patients and it took considerable time and care to prepare them. We had to ensure that all non-essential monitoring was disconnected, urinary and rectal catheters secured, and that ventilator tubes were taped securely to prevent sudden disconnection. Monitors, indicating the O2 sats, blood pressure and numerous other readings, had to be considered. Visual skin inspection was carried out pre and post prone.

The anaesthetist would make a decision on whether the patient required additional medication for the proning procedure. The patient would be boosted to 100% oxygen, ECG leads and arterial lines disconnected. Emergency drugs were available as well as emergency re-intubation equipment

The physical act of proning a patient, many with significantly raised BMIs, together with the heat from the monitoring equipment and wearing full PPE, made it an unbelievably uncomfortable and exhausting task.

I was made a team lead for proning shortly after this by Tamzin and took on responsibility for the day-to-day organisation of the team on my shifts.

The end of each shift 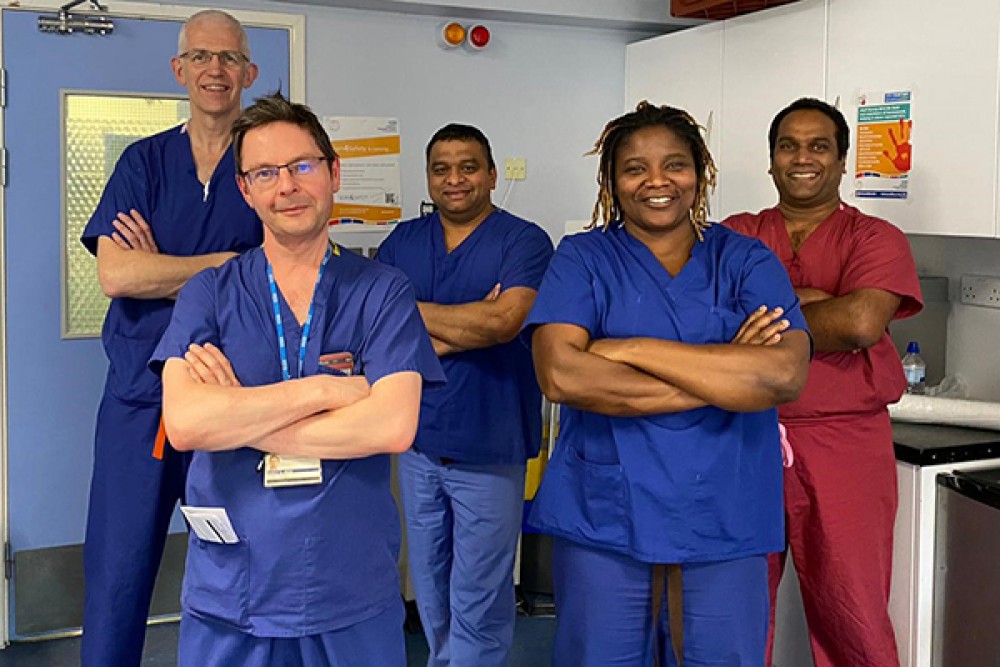 When our shifts ended we all felt the relief that it was over for another day and we had the knowledge that we had done our utmost for the patients. It became a tradition that when our shifts finished we would take a group selfie of the team who worked that day and post it onto the WhatsApp group that the proning teams used to communicate. We found that doing this boosted everyone’s morale and it also helped keep a record of who was with you on a particular day.

As I live over an hour from the Homerton the Trust provided accommodation at the local Travelodge so I could be near to the hospital. The local Turkish shop keeper got to know me - on the way home from a shift I would pop in and buy two beers and a snack for the room, believe me very much needed. After a few nights, he asked what I was doing and after hearing why I was there he would always kindly round down my purchases to the nearest pound. He became a familiar face to me in those months.

In the days that followed, I worked several shifts as a bed buddy, assisting the ITU nurses whom I regarded with increasing respect. More about this, the incredible people that I worked with, and some of the very sad events I witnessed, in my next blog.


Read the second part of Scott's account of his time redeployed to Homerton ITU at: The most challenging time in my NHS career