The most challenging time in my NHS career

The most challenging time in my NHS career 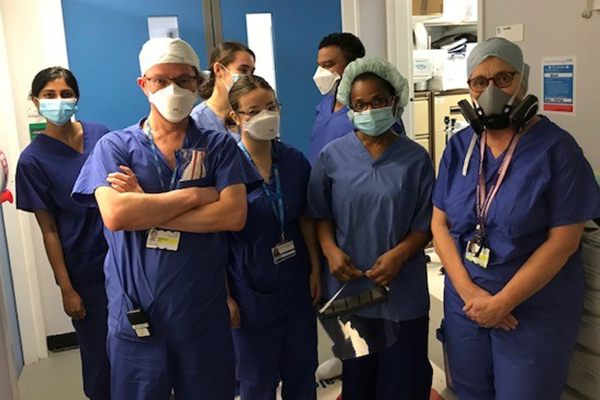 Part 2 of Scott Reid's account of his redeployment to ITU at the height of the COVID-19 pandemic in 2020, and his return to ITU at the start of 2021 during the second peak

I was redeployed to the Intensive Therapy Unit (ITU) at Homerton University Hospital from April to June 2020 at the height of the COVID-19 pandemic. It seemed an age, and also no time at all. At the start, it seemed like a tsunami, something in the distance which you couldn’t quite believe, even though you were witnessing it close up - and then suddenly it was on you, and you were in the thick of it.

It’s how it felt and seemed to me at the time and still does.

In addition to my duties as Lead of the proning team which I described in my earlier blog, I did several shifts as a bed buddy and my respect for the ITU nurses only increased further. The sheer concentration that they gave to the patients on a 12-hour shift was nothing short of miraculous. The 15-minute recording of observations, the calculations required, the monitoring and adjustment of drugs, to say nothing of the physical acts of actually caring for the patients - washing, turning their head position, emptying catheters, the feeding, the oral, mouth and eye care needed - it just never stopped, and they would normally be standing for the vast majority of the shift - incredible.

I did my first shift as a bed buddy with a Sister called Mary and the first job she asked me to do was to check the pupil reaction of the patient that she was looking after.

The patient’s family was allowed in later that day to see him before support was withdrawn.

On another shift  I worked with a nurse called Mohammed. He was very patient with me, showing me how to change the drugs in the syringe driver, including Fentanyl and Noradrenaline, how to start a new feed and how to record the fluid balance on the patient’s charts, then calculate it.

This is done over a 24-hour period and is vital for making clinical decisions such as administration of medications, determination of hyper or hypovolaemia, renal function etc.  An ITU chart is a formidable document, but absolutely vital to recording input and output of fluids accurately, along with other crucial observations.

One of the saddest things I assisted with was getting a patient’s daughter ready to come into ITU to see her mother for the last time. She didn’t speak a great deal of English and stood mute and totally compliant, she was obviously terrified of everything.  As we prepared her, helping her into a gown, cap, mask and gloves - one member of staff holding her hands out while I put her gloves on - we reassured her by speaking calmly to her. It reminded me of getting a child ready to go out.

Her mother died two days later. I had proned and deproned her mother on several occasions. At 53 she was a year younger than me.

After such experiences, and having been surrounded by people in masks, visors and gowns, and sedated and intubated patients, returning home, as I did every few days, seemed an incredibly strange contrast. 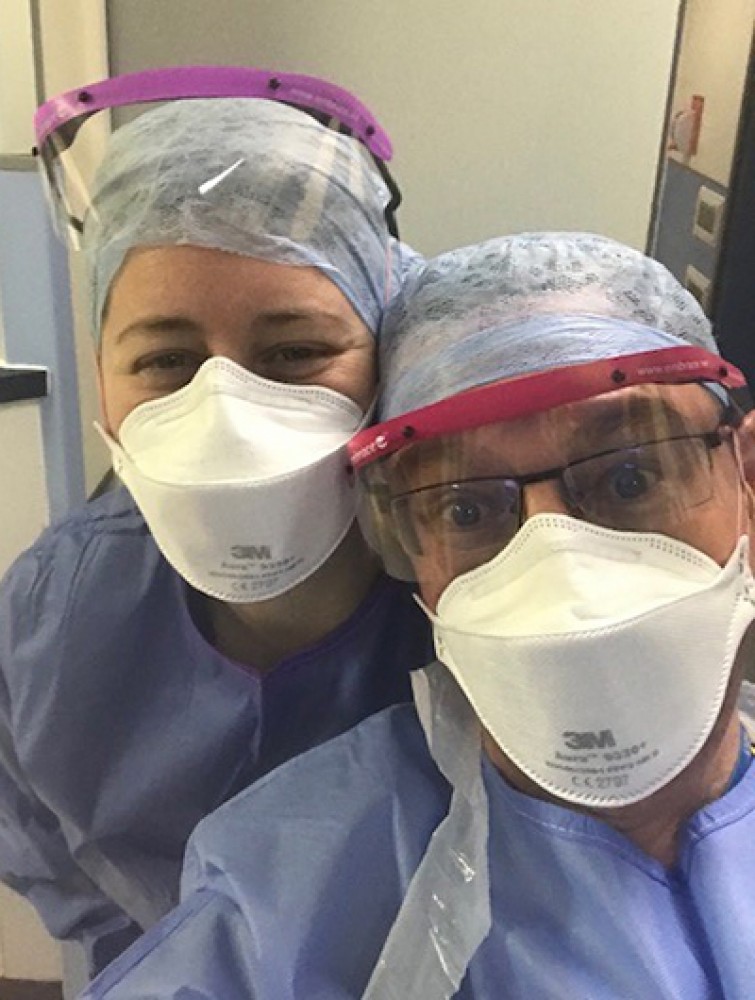 On 27 December I found myself back in ITU at the Homerton, in full PPE and looking at critically ill patients. I should have been on leave until 4 January, but staff who had worked in the ITU proning teams had been asked if they could help again, due to the resurgence of the virus. And so I am back to being a nomad, working four days at the Homerton and one day working remotely. This time though, I don't have the comfort of a Travelodge; instead I have an on-call room - bed, desk, shower, toilet - basic, but clean, and most importantly on site.

The patients are younger this time, some with no previous underlying health conditions - that too is different from last time. I knew many of the patients would not survive: the first patient I helped to prone at 1pm that day died at 1am the next morning.

But a vaccine is now available and there does finally appear to be a way forward.

My family - and my ITU family

Living away from family during my redeployment was hard and I missed them greatly, but I made new acquaintances and friends and they became my family while I was working. The care and compassion that we showed to each other helped to get each of us through the most difficult and challenging time of our NHS careers.

My wife Paula had the transition to being a single parent for three to four days a week and she did an amazing job, educating and entertaining our two boys. Not only did Paula look after the boys, but she also continued to work privately at the podiatry practice where she is an associate, three days a week, providing podiatry care to high-risk patients.

The family, friends and colleagues who supported me and each other through this time, I will not forget. Thank you to you all.

Read the first part of Scott's account of his time redeployed to Homerton ITU: It was the worst of times, it was the best of times